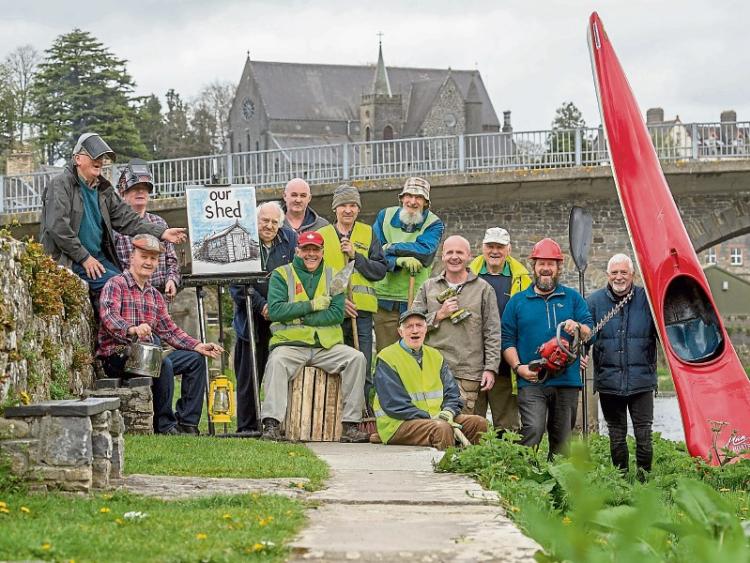 Thomastown is famous for its community spirit and the number of community groups active in the town.

It's therefore a little surprising that there hasn’t been a Men’s Shed established there. That is until now.

Bob Wymses, Chairman of the newly formed Thomastown Men’s Shed explained: “We’ve established the Shed to provide somewhere for men in the community to get together and work together,” he said.

“ By following the well-established Men’s Shed model we want to help to improve the social lives of local men and their mental well-being,” he added.

“The Shed will enable local men to gather, share skills, work on various projects or just have a chat and a cup of tea”, he said.

The Thomastown Men’s Shed is affiliated with the Irish Men’s Shed Association (IMSA) which was formed in January 2011.

It came about when it was realised that there was little encouragement for men to take an interest in their own health and well-being.

Francis Nesbitt, PRO of the new group is a big fan of the Shed model.

“Men’s Sheds emphasise that good health is based on many factors including feeling good about yourself, being productive, connecting to your community, making friends and maintaining an active mind,” he said.

“We hope that the Thomastown Shed can achieve that for the men of the area,” he added.

A committee has been formed to secure a permanent home for the Shed, which meets in the Thomastown Community Centre. Bob Wymses is keen to point out though that the Shed is run by the members of the Shed, not by a committee. “The Shed members will decide what activities we undertake, when we meet, etc. The Shed will be run by the members, for the members,” he added.

The Shed has 24 members and is keen for more men to get involved.

“You don’t have to live in the town of Thomastown to get involved,” explained Peter Hynes, Membership Officer. We have members from the areas around Thomastown and all are welcome.

Into the future, the group plans to work on various projects. “Sheds around the country do everything from restoring old tractors to furniture making, to boat building. We will see what the men around here want to do and then we’ll help each other do it”, said Wymses.

The enthusiasm of the group is clear and their aim to allow men to pass on skills or learn new ones deserves encouragement. More importantly though, the work of all Men’s Sheds, in providing somewhere for men to meet is combatting the scourge of isolation and has already accomplished a great deal throughout Ireland.

Fundraising will be a challenge and the group would welcome the donation of any tools and materials. The Thomastown Men’s Shed will be meeting in the Community Centre on the 2nd of May at 7.30.

Further details can be had from group members or on the group’s Facebook page Facebook.com/TTMensShed