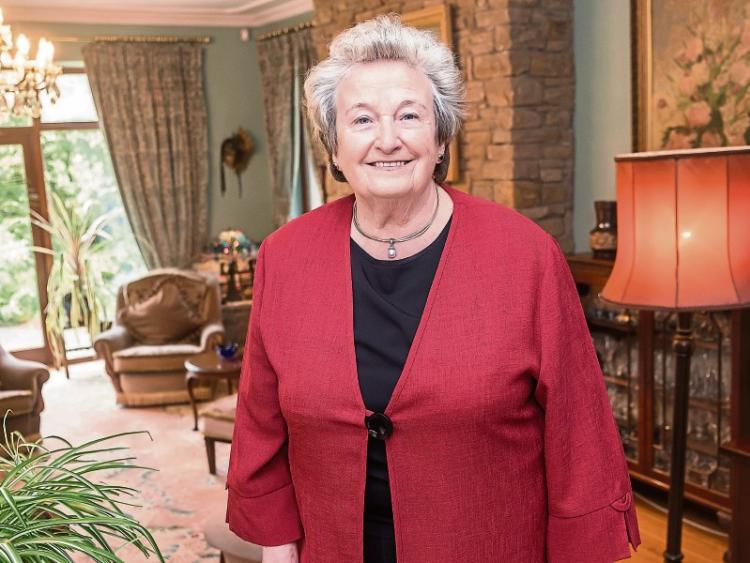 An extraordinary woman, living in Kilkenny; born in Poland; educated in London and with a lifelong love of France is to receive one of that country's most prestigious honours at a ceremony in Kilkenny city on May 3.

Dr Therese White, an anaesthetist at Aut Even Hospital, Kilkenny is to be honoured by the French Government.

The French Ambassador to Ireland, His Excellency, Jean-pierre Thébault will make her a member of the Chevalier de Palme Academique on May 3.

The Ordre des Palmes Académiques (Order of Academic Palms) is a knighthood of France for academics and cultural and educational figures.

The early Palmes académiques was instituted in 1808 and was only awarded to teachers or professors. In 1850 the decoration was divided into two known classes.

The honour is being bestowed on the, over 65 year old, in gratitude for her promotion of French culture and literature during her life.

Therese has been living and working in Ireland for over 50 years and came to Kilkenny back in 1978 to work in St Luke's Hospital with her late husband Mervin who died 25 years ago.

Before moving into the city she farmed with her husband, Mervin at Grange, Ballyragget where the couple won many awards for their pedigree Charolais cattle and their showjumpers out of the “King Of Diamonds” line.

Therese White is the president of Alliance Francais in Kilkenny and the local Francophile are delighted for Therese.