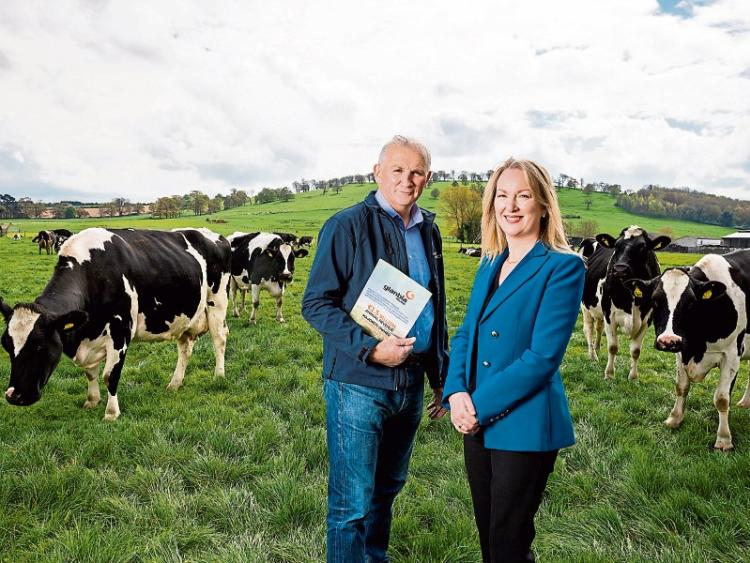 Glanbia Co-op has today announced that it has signed a binding legal agreement with Glanbia plc to establish a new joint venture to be known as Glanbia Ireland.

As announced on February 22, Glanbia Co-op proposes to pay €112 million to acquire a 60% shareholding in the plc’s Dairy Ireland division, which consists of Glanbia Consumer Products and Glanbia Agribusiness.

Glanbia Co-op has also confirmed proposals to distribute by way of “Spin-out” of .5.9 million shares in Glanbia plc to all members of the Co-op and to create a €40 million Member Support Fund.

This would be worth approximately €6,637 for a member with the average shareholding. For active dairy farmer members, the average value of the spin-out would be €10,791*.

Subject to Member approval, the Board of Glanbia Co-op proposes to allocate up to €40 million of its resources to a Member Support Fund. This will be 50% funded through the sale of Glanbia plc shares with the balance from Co-op resources.

Payments from the Fund will be in the proportion of 75% patronage to active members and 25% Special Dividend to all Members, with the nature and timing of any payments at the discretion of the Glanbia Co-op Board.

If the proposed transaction is approved by Members, Glanbia Co-op will fund the acquisition of 60% of Dairy Ireland and part fund the €40m Member Support Fund through the sale of c.8.9 million Glanbia plc shares (equal to 3% of the issued share capital of the plc).

These proposals by the Board of the Co-op are subject to Member approval and will be voted on by eligible Members at a Special General Meeting (SGM) of the Co-op which will take place at Punchestown Event Centre on Thursday 18 May.

All of these proposals have the unanimous support of the Board and Council of Glanbia Co-operative Society, who recommend them to Members for approval.