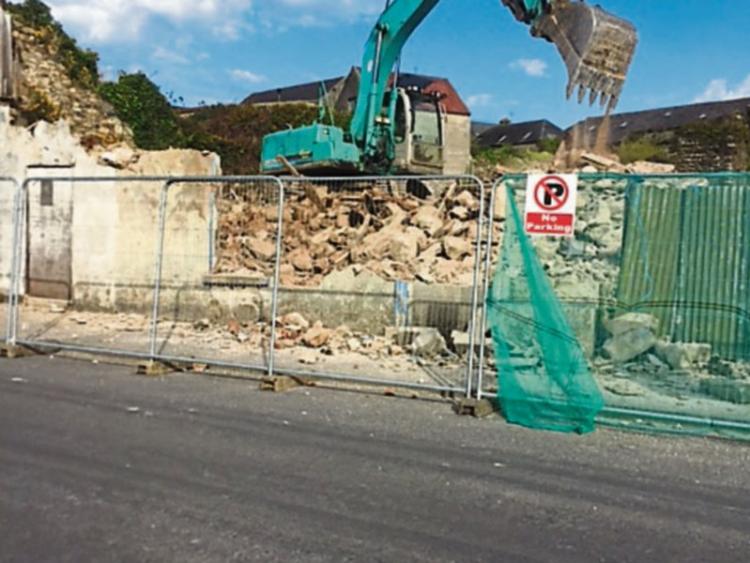 A new view of Duiske Abbey, Graignamanagh has emerged.

And at the same time, a row of derelict houses which has blighted the quay in the picturesque town for many years have been removed.

During the creation of a car park for Doran's Supervalu customers Duiske Abbey can now be seen from the river and as you come over the bridge from Tinnahinch.

Under the supervision of architect Daniel Noonan many stone artefacts are being saved and will be put on display.

The car park will enhance the facilities for Doran's Supervalu customers and remove an ugly eyesore from the quay. The entire project will be completed by mid summer. Duiske Abbey was first built in 1204 by Cistercian monks from Wiltshire in England.