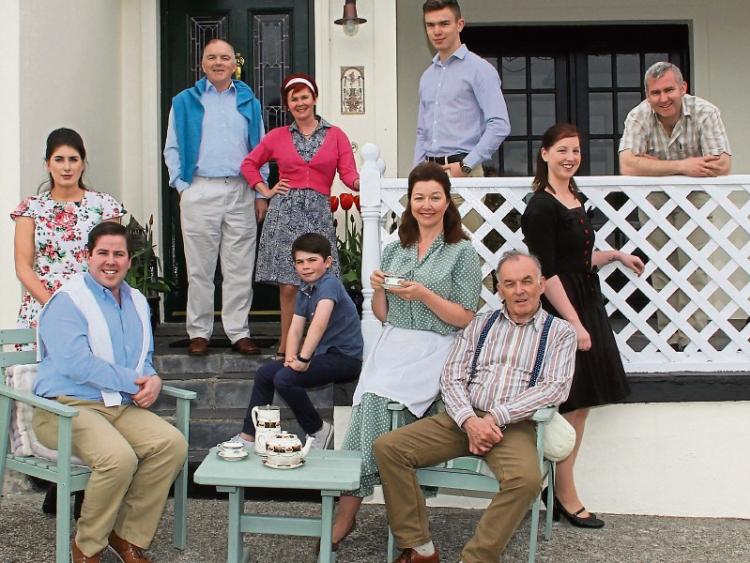 The New Ross Drama Workshop are putting the finishing touches to this year’s production, Arthur Miller’s ‘All My Sons’ which will be held on Thursday to Saturday, May 11 to 13 in St. Michael’s Theatre, New Ross, under the very capable and imaginative direction of Margaret Rossiter.

The play is an elemental drama in which father destroys son and son destroys father.

No stranger to the stage, e Margaret has directed many of the group’s previous productions including last year’s production of ‘The Cripple of Inishmaan’.

The primary action driving the play has already occurred and been buried, apparently, beneath the routines of daily existence. The play tells the story of Joe Keller,(Ivan Dungan-returning to the stage after a number of years of absence) a successful businessman, who lives comfortably with his wife, Kate (Martina Kavanagh), and son,

Joe & Kate Keller have only one sadness in their lives – the loss of their other son, Larry, who went missing in World War II. After three years, Kate still clings to the hope that her son is alive. Former neighbours Ann & George Deever (Seona O’ Connor & Peter Rothwell) show up on the door of the Keller household and suggest that change is about to come over the Keller household, though for the moment the inhabitants of this small neighbourhood seem frozen in time Speaking last week to the Kilkenny People Newspaper, director Margaret Rossiter commented ‘I love the work of Arthur Miller and this particular show has been on my ‘to do’ list for many years and I am extremely glad to be bringing this classical Miller piece to the stage of St. Michaels Theatre. As a team we have tirelessly worked on an excellent script over the last number of months to deliver what I believe will be a superb play with a stellar cast’.

Group chairperson Edward Hayden added “the group over the last number of years have set the bar very high in terms of their productions but I have no doubt that our interpretation of ‘All My Sons’ will be well received by our loyal audiences. We are delighted to welcome to the stage new members Peter Rothwell and Daragh Murphy (who plays Bert) who add tremendously to the group’s already impressive talent.”

‘All My Sons’ opens in the St. Michael’s Theatre, New Ross on Thursday May 11th for three consecutive nights with curtain up each night at