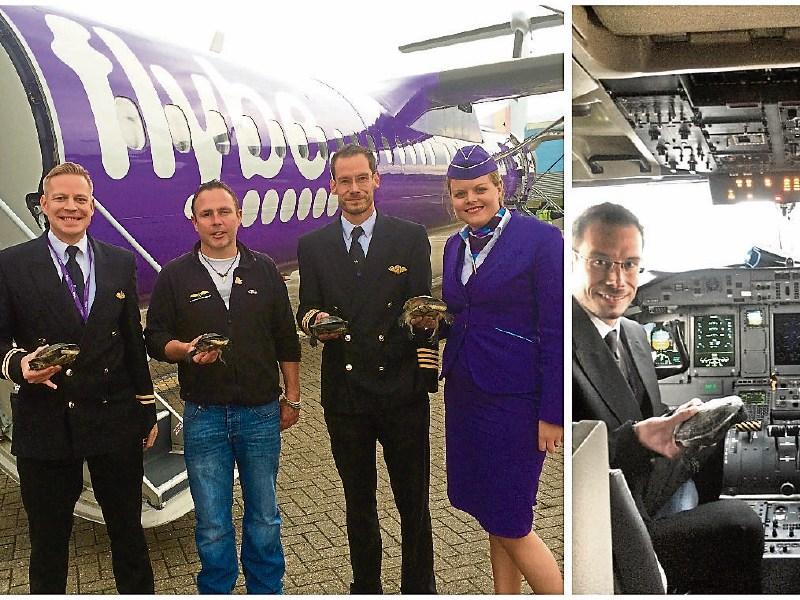 Rare turtles as they prepare to leave for Ireland.

The special passengers were on board the 18.45 flight from Southampton to Dublin with Flybe last Thursday on the final part of their journey to The National Reptile Zoo in Gowran. Accompanied by Zoo Director James Hennessy, the Roti Island Snake Neck Turtles delighted cabin crew and passengers when they had the opportunity to pop their distinctive long necks out and take in their surroundings prior to departure.

During the summer months, the National Reptile Zoo will house the turtles at their Lost World exhibit located inside Funtasia in Drogheda, after which they will permanently relocate to their new home in Kilkenny.

“As we are a conservation zoo, we are thrilled to be welcoming these critically endangered turtles to our Zoo and we would like to thank the team at Flybe for their support in making the transport of these turtles as easy and trouble-free as possible,” said James Hennessy.

“We are always pleased to help transport such precious cargo and so were happy to assist the National Reptile Zoo in ensuring that these VIP turtles could travel as quickly and safely as possible over to their new home Ireland,” says Flybe Director of Customer Care, Jonathan Breedon.