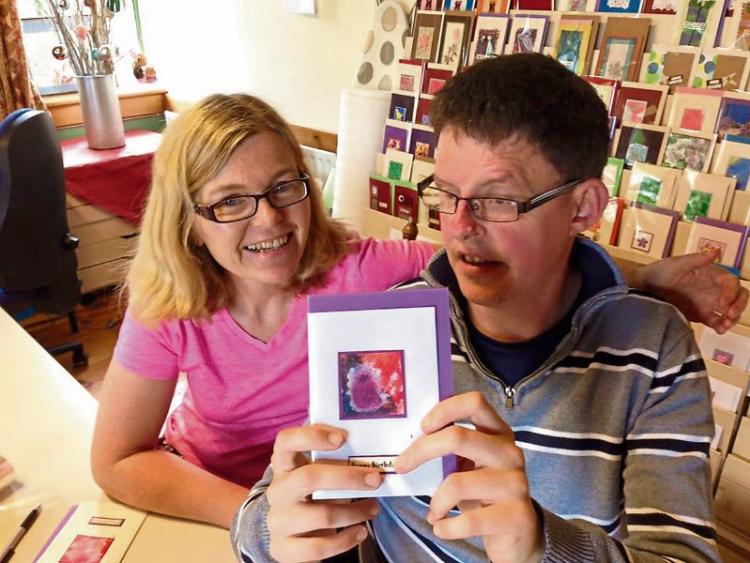 L’Arche Kilkenny is gearing up to join its 138 worldwide sister organisations in an historic global meeting in which 500 people with and without intellectual disabilities from 37 countries, speaking at least 17 languages, from all faiths and none, will get together to embrace each other and celebrate their differences.

This unique, week-long meeting, which will take place in Belfast from June 20, is one of the few large-scale events worldwide where people with intellectual disabilities come together as equal partners with other members of society.

The event is organised by L’Arche, an international network of communities whose mission of peace and justice is rooted in developing mutual relationships between people with and without intellectual disabilities. The organisation was founded in 1964 by Templeton Laureate, Dr. Jean Vanier.

“Ours might seem like a simple goal, but if you analyse what’s happening in the world, where differences seem to be excluded and even punished, you realise how important our message is and how challenging this work can be”, Callan-based Mairead Boland-Brabazon, CEO at L’Arche Ireland and Northern Ireland explains.

Across the world L’Arche fosters residential communities, work projects and friendships that create places of belonging for some of the world’s most vulnerable citizens. These spaces enable each person to live as a full citizen and to contribute their unique gifts to society.

Among the preparations in Kilkenny, the L’Arche community has planned an audio-visual display in MacDonagh Junction Shopping Centre from the May 2. It will receive visitors from L’Arche Spain previous to the event in Belfast.

“In a world where people who are weaker are so often kept on the margins, L’Arche is a voice of unity. We firmly believe a different kind of society is possible. We hope that this meeting, and all the local events leading to it, will be a wake-up call for people to re-think their approach to disabilities, differences and even to their own lives. Our main message is that everybody, regardless of their conditions or limitations, has a gift to offer to others and to society. That is what we have learned in L’Arche, and that is what we will be celebrating in Belfast”, Mairead said.

Now a global federation with presence on five continents, L’Arche holds Federation Assembly meetings every five years, as a way to propel its mission forward. This version of the event, held for the first time in Northern Ireland, will bring together delegates and leaders from all 139 L’Arche Communities, including places as challenging as Syria and Haiti.

“In L’Arche, people with intellectual disabilities are equals, involved in fundamental decision-making about their lives and about our mission to help change the way people with disabilities are seen and treated in all cultures. This event shows us that a new world free of discrimination is within reach. That makes it a very powerful symbol of hope”, Mairead added.

Speakers at the Assembly will include Rev. Dr. Ruth Patterson OBE, Director of the Charity Restoration Ministries; Pádraig Ó Tuama, Leader of the Corrymeela community of Northern Ireland, and Michael McDonald, filmmaker.

Eileen Glass, L’Arche Vice International Leader says: “Too often we are taught to fear what’s different. We are told not be friends with people from other religions, colours, cultures, or sexual inclinations. As result, we have events such as Brexit, the recent elections in the United States, and the clashes with migrants all around the world. These are all symptoms of our need to learn to live together, to see the gifts of each other and promote harmony, not discord”.

L’Arche’s Federation Assembly Belfast 2017 will take place at Queen’s University from June 20 to 27. During the event, the 500 delegates will be joined by an additional 80 people from L’Arche communities in Ireland and Northern Ireland, for a daytrip to Downpatrick which will include visits to local congregations and parishes.