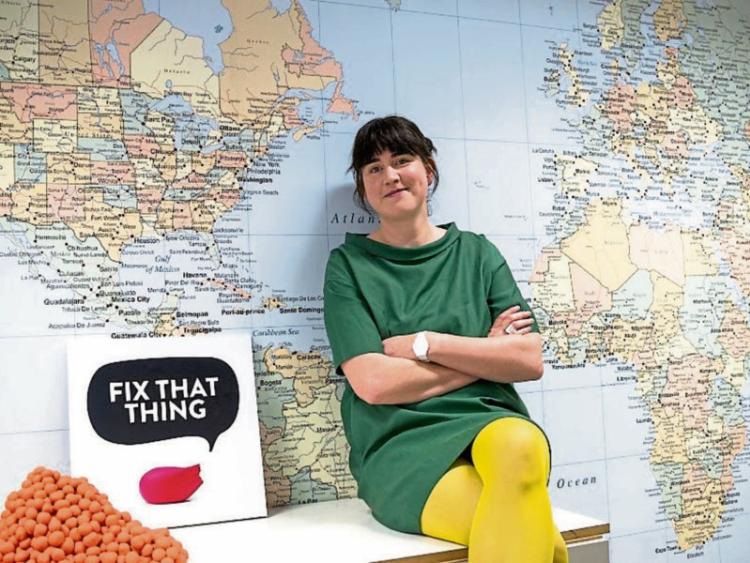 A Kilkenny invention, Sugru, the world’s first mouldable glue, has proved a hit with the crowd once again, having reached it’s £1.5 million target with the help of 2013 new investors who put in amounts ranging from £10 to £100,000.

The pitch is now over-funding and the public still has nine days left to invest at www.crowdcube.com/sugru.

The success by Kilkenny woman, Jane Ni Dhulchaointigh (Jane Delahunty) from the Dunningstown road, just outside the city, comes just two years after a record breaking crowdfunding campaign back in 2015, which saw the company raise over £3.5 million.

Jane who is the founder and inventor of Sugru said she was so proud of the team for making the scheme a success once again.

She is really excited to be working with a host of new investors in the run up to our next growth spurt.

“The pressure was certainly on to try and match the runaway success of our first campaign back in 2015, so reaching such a high target of £1.5 million thanks to 2013 new investors feels great,” she said.

The investment will help us reach new markets with a brand new innovation launching later this year as well as supporting retail expansion overseas. We’re all genuinely excited for what lies ahead”

Since overfunding on its first Crowdfunding round in 2015, Sugru has been successfully launched in France and South Africa with plans to launch this year in Canada, Australia and New Zealand whilst extending its reach in Europe.

Retail giants including the Adeo and Kingfisher Groups along with two of the largest retailers in the US are expected to boost growth in 2017.

Strategic investment in the company’s research and development has resulted in a brand new formula being developed, allowing children as young as eight years old to use the product. Scheduled to launch later this year as the first in a series of new formulations designed to encourage more people to fix and repair their things, the new technology is expected to open up significant opportunities within the craft and stationery markets.