'Tricolore' is raised at local school for visit of French Ambassador 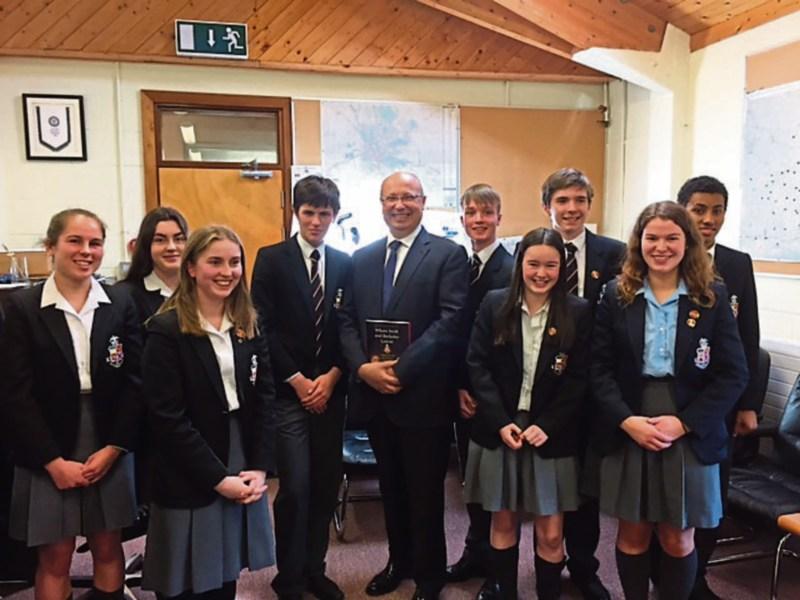 Initial contact was made following the Paris Attacks in November 2015, when Kilkenny College sent a Book of Condolences to the Ambassador. The meeting last week provided an opportunity for a group of Transition Year students to show the Ambassador their love of the French culture and language during an open discussion about their school and the French Exchange Programme in which they participated.

As a keen historian, the Ambassador was impressed with the rich and varied history of the ‘College. He also spent some time with The Kilkenny College Heritage Group. 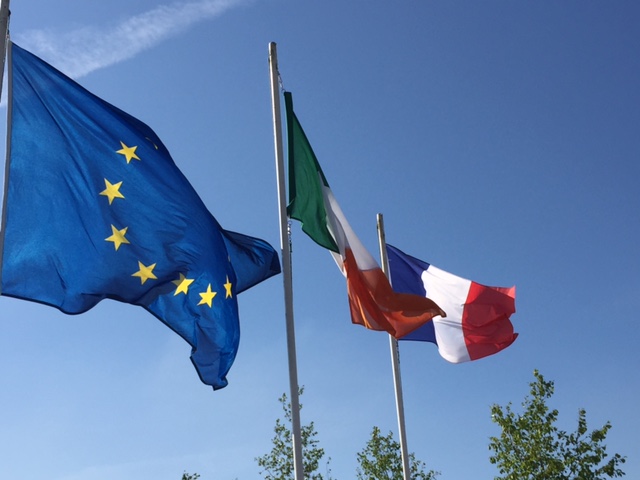 During the discussion at the College’s WWI War Memorial Bench dedicated to the past pupils of the college who fought in the First World War, he was informed that a number of them had been awarded one of France’s highest honour, La Légiond’Honneur.

One of these was Charles Burtchaell from Graignamanagh, who oversaw improvements in treatment of wounded in army medical hospitals on the Western Front, which saved thousands of lives.

The genuine warmth and easy going manner of the Ambassador led to a very successful visit.

The close cultural and historical links between France and Ireland date back a long time, and there is no doubt that the French Ambassador’s visit to Kilkenny College added a new dimension to this relationship.