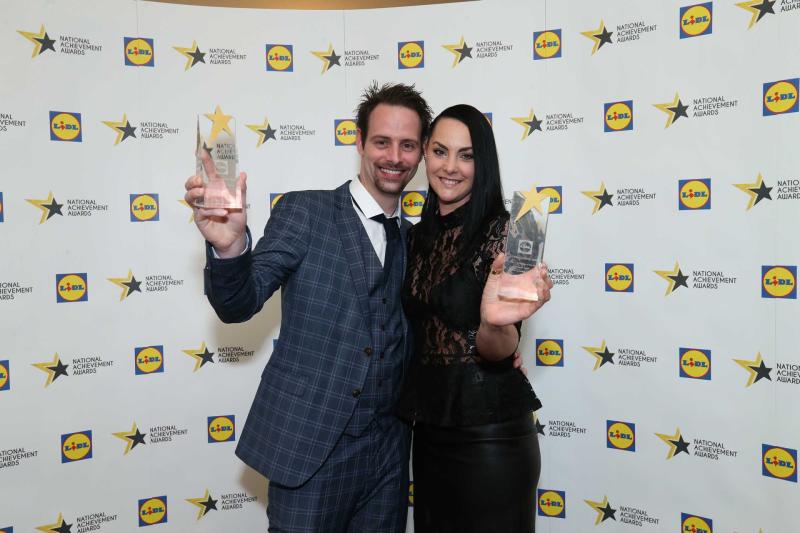 Ashleigh, who works in Lidl's Waterford Road branch in Kilkenny city, has raised over €7,000 for Barretstown, the retailers charity partner. Ashleigh's efforts also saw the store awarded a trophy for being the top store for the charity drive during the last financial year.

Ashleigh is a hugely engaged and passionate fundraiser in her store and would be well known to customers through this. Ashleigh has raised funds through a variety of different ways - from spinathons to skydiving, BBQ fun days and fancy dress days as well as cutting off her hair to raise funds. Ashleigh has also completed ironman triathlons in Galway and a Cowboy Challenge in Denver (Colorado, USA!) and this weekend (May 13th) Ashleigh will take part in Europe's Toughest Mudder - a 5 mile lap which has up to 13 obstacles like monkey bars, ice cold water you have to swim through and 15ft muddy half pipe you have to climb up and Ashleigh has to do as many laps as possible in 8 hours!

Ashleigh says: "When Lidl introduced the Barretstown Buddy programme I knew immediately it was something I wanted to be involved in. I love to challenge myself and thought it was a great way to get my store colleagues involved also along with our customers. I've had so much support along the way from the local Kilkenny media also which has been great. There is still plenty more to come from me though!"