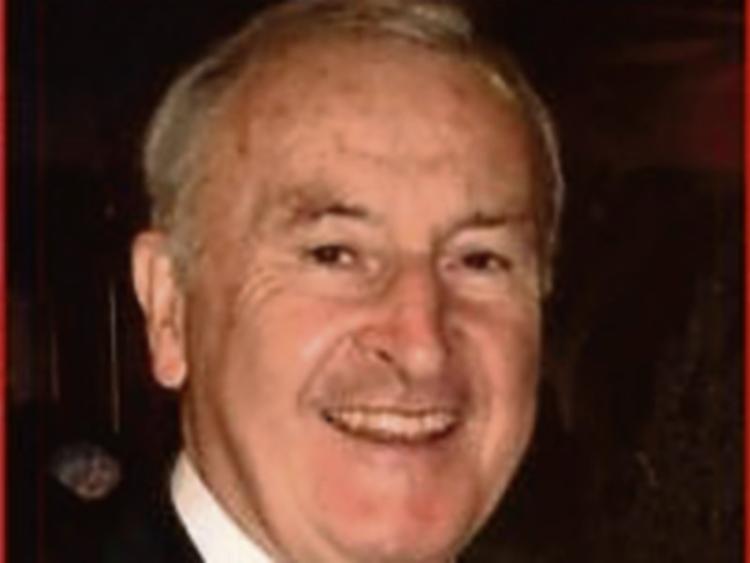 Michael Frisby, late of Ballinamona, Slieverue, Co Kilkenny, died peacefully at his home on the January 2 of this year.

Michael is survived by his wife Lily and their children, Gerard, Michael, Pat, Raymond Elizabeth and 10 grandchildren, along with his brothers and sisters, Anna, Edward, Marion, Bernard and Seamus, son and daughter’s in law, brothers and sisters in law and extended family.

Following prayers at Power’s Funeral Home, Michaels remains were removed to the Church of the Assumption Slieverue on the evening of Tuesday January 3, 2017 followed by Requiem Mass the following day and burial in the adjoining cemetery.

A large congregation of mourners turned out on a sunny January morning to bid Michael farewell, with a guard of honor provided by Slieverue GAA Club, Fianna Fail and Kilkenny County Council members.

During Mass, Michael’s son Gerard Frisby gave the eulogy with the lessons read by Michael and Pat, and prayers of the faithful read by grandchildren Ciaran, Cillian, Micheal, Saoirse, with offertory gifts presented by Crea and Lorcan.

Michael, his parents and older sister Anna lived for a short while in England before World War II intervened and the family returned to live in Ireland.

The family settled in 76 Cannon Street, Waterford, and soon grew to include siblings Edward, Marion, Bernard and Seamus.

Michael grew up in 1950’s Ireland and was heavily influenced by its traditions and customs, attending Mount Sion CBS; the school was a mainstay for Michael and remained dear to him throughout his life.

A keen hurler and footballer he played for Mount Sion where he won numerous county titles in both codes, and latterly for Slieverue. Michael was also heavily involved in coaching and training of underage teams with Mount Sion, Roanmore and Slieverue, and was an active committee member of each clubs at various stages and in particular Slieverue GAA of which he was member until his death.

Michael met the love of his life, Lily Meagher at a dance in Slieverue Parish hall and decided there and then that this was the woman for him.

After a few years courting they were engaged and married in Slieverue Church on the 7th August 1962.

Lily and Michael lived for a short while in Waterford and Kilmacow before building the family home in Ballinamona, during the summer of 1966.

At the time Michael was working as a qualified printer in Crokers on the Quay in Waterford before then moving to the Paper Mills in Grannagh, and finally Hasbro formerly Milton Bradley in 1977.

Michael initially worked as a shift supervisor in Milton Bradley before retraining and qualifying as Health and Safety Manager, a position he occupied until his retirement in the year 2000.

In addition to his involvement in the GAA, Michael was also interested in politics and was actively involved in the Fianna Fail Party since his youth.

Settling into married life in Slieverue, and with a growing family, Michael became involved in many parish activities, and in particular the Church choir, which gave him an outlet for his love of singing and strong faith.

Michael also enjoyed gardening, with the remainder of his spare time revolving around his home and family life.