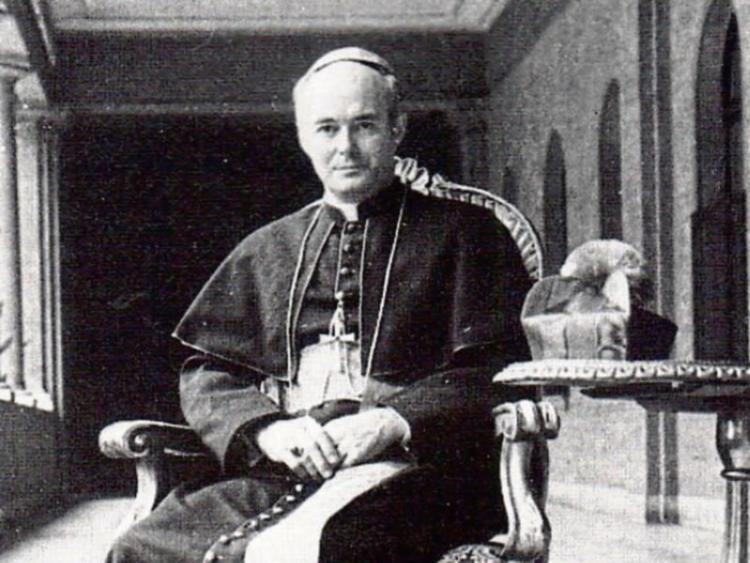 Archbishop Thomas White, who died last week, aged 85, was a pioneering representative of the Vatican during a critical decade in the turbulent history of two East African nations, as well as serving in several Asian and Central/South American postings.

A native of Durrow, he was was ordained in Rome in 1956 and after postgraduate studies in Canon Law, was recruited by the Vatican Diplomatic Service.

He served as official, counsellor and head of mission for the next 40 years, retiring in 1996 as Apostolic Nuncio to New Zealand.

Born in 1931, he was a son of William and Bridget White, who operated a hotel, grocery and bar, now the Castle Arms Hotel. They raised a family of three boys and two girls. Two have predeceased the archbishop: Sean, who became an international publicist, writer and editor, and academic, died in 1996, and May, who was married to the actor TP McKenna, died in London in 2007.

After attending Cullohill NS, he studied at St. Kieran’s College, where he had an outstanding academic and sporting record, including membership of the college’s senior hurling team (Leinster champions in 1949 and 1950) and the winning Leinster interprovincial hurling side in 1950, when ten of the 15 were from St. Kieran’s.

He was one of a handful of priests ordained for the diocese of Ossory in the late 1940s and early 1950s, when there was a surplus of vocations on the home mission. He was intended to succeed the ailing Fr. Pat O’Farrell as a professor of Canon Law at the seminary in St. Kieran’s.

There followed a career that saw him first posted as a junior official to eastern Africa, when it was a vast diplomatic territory that stretched from north to south and east to west of that continent.

Over the next 20 years he had appointments in central and south America, the international organisations in Geneva, the Secretariat of State at the Vatican and Taiwan, where, as a 36-year-old monsignor, he was charge d’affaires in a mission that had to maintain delicate relations with both the Republic of China and Communist China, as well as Hong Kong.

In 1978 Monsignor White was appointed Apostolic Nuncio to Rwanda and raised to the episcopate as titular Archbishop of Sebana.

His time in the small east African nation was difficult but rewarding and he was able to visit projects supported by Irish charities, including a turf harvesting initiative.

On his transfer to Ethiopia in 1983, he was faced with a more critical situation, directing during his six years there the effort of Catholic and other charities to counter the effects of famine.

As head of the diplomatic corps he was also responsible for coordinating the contributions of many countries in this regard.

He moved to New Zealand in 1989 and combined this assignment with responsibility for the island nations of Fiji and Nauru.

After his retirement from the papal diplomatic service in 1996, Archbishop White carried out several important missions for the Vatican Secretariat of State, including liaison work with the church of the Syro-Malabar rite in India.

In retirement, Archbishop White lived initially Dublin, then at St. Kieran’s College in Kilkenny and finally at Gowan Abbey Nursing Home. He is survived by a brother Liam (Willie) who became a leading fashion and news features photoeegrapher and now lives in retirement in London; a sister Alice, who ran a pharmacy in Wicklow, but relocated to Kilkenny in recent years with her husband Eddie O’Byrne; and by more than a dozen nieces and nephews.