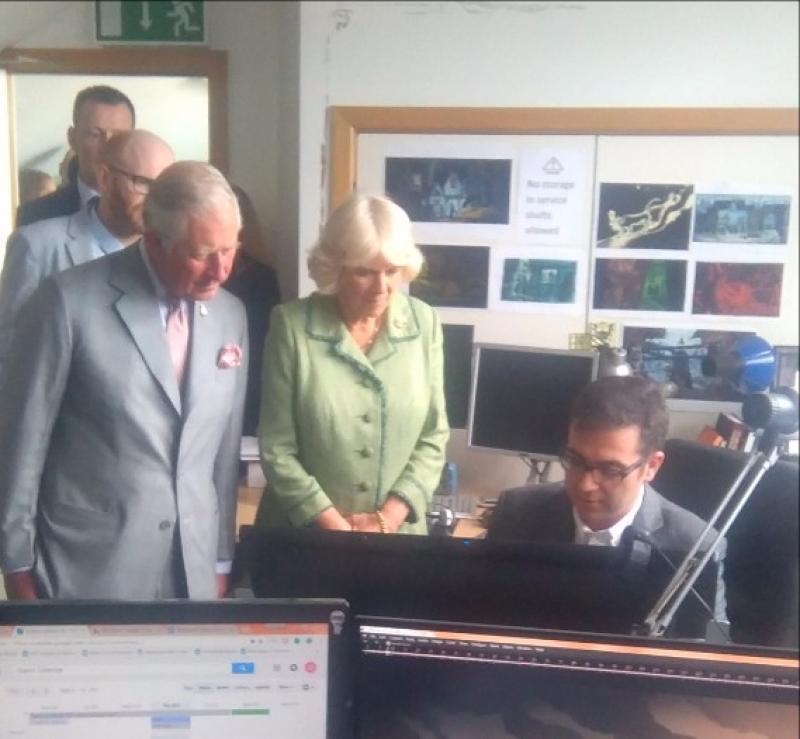 The Royal couple pictured with Tomm Moore of Cartoon Saloon

Prince Charles and the Duchess of Cornwall stopped off at the twice Oscar-nominated animation studio, Cartoon Saloon where they enjoyed tea and were shown a glimpse of their upcoming film, The Breadwinner.

The Prince has a keen interest in art and was shown work of a number of upcoming projects, including Wolfwalkers and Pete the Cat.

CEO of Cartoon Saloon, Paul Young chatted with the Prince about his family's roots in the North of Ireland while Tomm Moore spoke to the Royals about traditional methods of animation compared to newer, digital methods of creating animation.

After a busy morning at Kilkenny Castle the Royal couple graciously accepted an offer of tea and chatted about animation and the story behind the studio's upcoming film, The Breadwinner.

The Prince of Wales and Duchess of Cornwall spent time talking to crew members after being introduced by Paul Young to the team which he joked 'is a bit like the United Nations'.

Tomm Moore then presented the Prince and Duchess with artwork from the Oscar-nominated film, Song of the Sea while Nora Twomey gave them a piece of art from The Breadwinner.