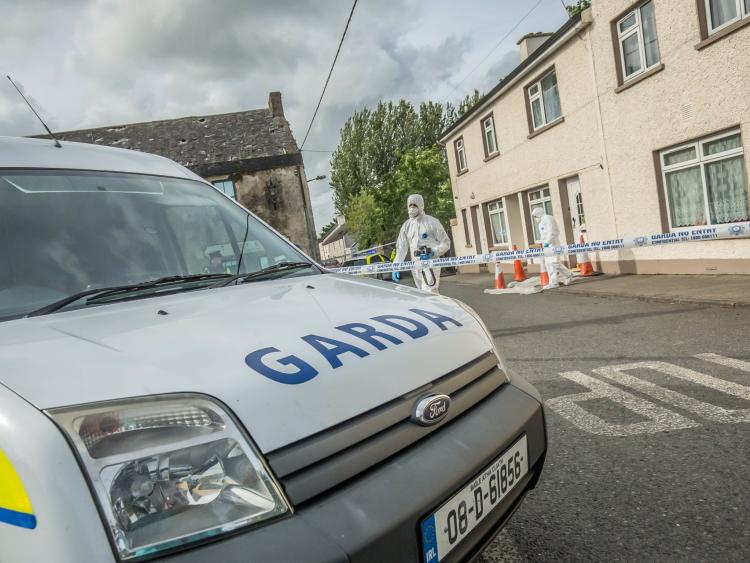 Gardai at the scene in Freshford this evening. Photo: Pat Moore.

The north Kilkenny village of Freshford is in shock this evening following the death of a woman in her 20s, after an incident today.

Gardaí investigating the death of a woman arrested a man in his 30s this afternoon. He is detained at Kilkenny Garda Station under Section 4 of the Criminal Justice Act, 1984.

A woman, in her 20s, was discovered in a house at Bridge Street shortly after mid-day with serious injuries. She was taken to St Luke's General Hospital in Kilkenny where she later died.

Local councillor Michael McCarthy says the woman was well known locally, and the village of Freshford is in absolute shock this evening.

The scene at the house in sealed off and is undergoing a forensic technical examination. The office of the State Pathologist has been notified and a post mortem examination will be carried out on the body of the woman.