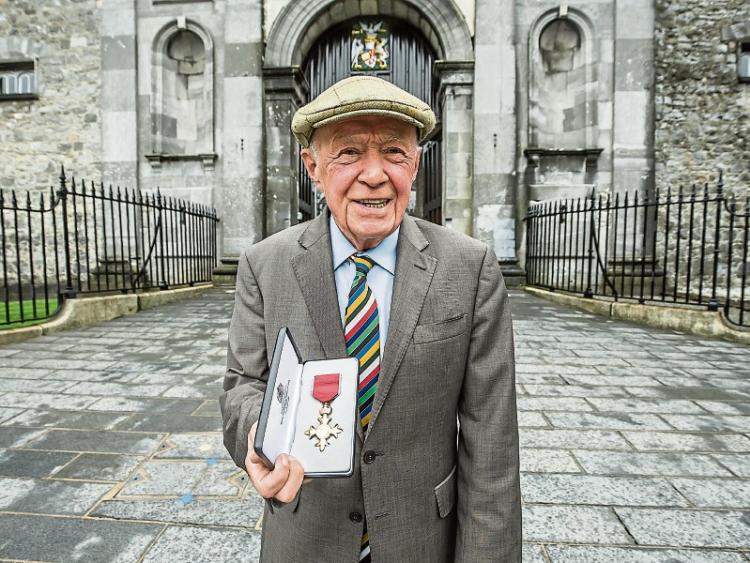 Last week, amidst the Royal Visit by the Prince of Wales and the Duchess of Cornwall, Paul Smithwick was invited to the British embassy to receive his OBE from Prince Charles himself.

Now Paul Smithwick OBE, he was in atttendance as the Royal Couple visited Kilkenny last week along with his brother Peter Smithwick, former President of the District Court and a judge of great distinction.

The Smithwick brothers are, of course, members of the great brewing dynasty and indeed Paul has just relaunched Sullivan's Ale, to very appreciative customers.

“Thursday was just a fantastic day for all of Kilkenny, it was great exposure for the city and county and it was very badly needed,” said Paul.

He attended a reception for about 200 guests on Friday at the embassy residence in Sandyford where Prince Charles presented him with the OBE.

“He really enjoyed his trip here, he's great fun. He said to me that he would have been done for if he did not strike the hurling ball, he had great fun with our King of hurling, Henry Shefflin.

“I hope he'll be back, he really is down to earth and loves meeting the ordinary man on the street, his time in the Farmers market was amazing,” added Paul.

Paul Smithwick was nominated for his OBE by British mabassador to Ireland, Dominic Chilcott.

Paul Smithwick has made a sustained contribution over many years to forging closer relationships between the United Kingdom and the Republic of Ireland. He has worked closely with the Duke of Abercorn on various cross-border initiatives, such as the Bond of Friendship which brings together the police and armed forces across the island of Ireland. Paul Smithwick was actively involved in the establishment of the Mayo Peace Park and is a strong supporter of the Darren Clarke Golf competition in Northern Ireland, which raises funds for severely wounded soldiers from the Irish Guards and the Northern Irish Regiment. He has also supported successive British Ambassadors to Ireland.

Mr Smithwick has thus been made an Officer of the Most Excellent Order of the British Empire for his services to British-Irish relations.