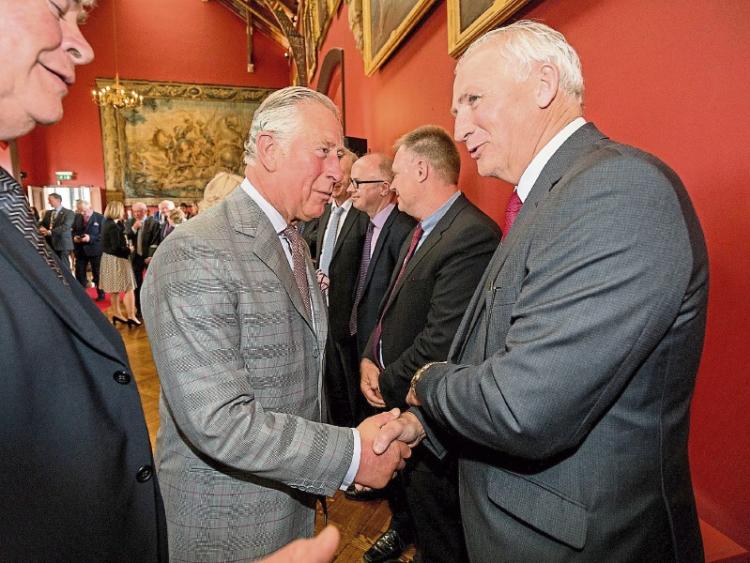 One of the region's farm leaders, thinks, from Prince Charles' demeanour, that the heir to the British throne is anti-Brexit.

John Bambrick, chairman of Kilkenny IFA, made it clear that the prince never actually mentioned Brexit to him when they met at Kilkenny Castle on Thursday of last week.

“However, from his demeanour and the way he was talking, I thought he doesn't think much of Britain leaving the EU,” Mr Bambrick said.

“He is very concerned over the impact Brexit will have on agriculture in Britain, “Mr Bambrick added.

The Prince is one of the largest landowners in Britain and has a great affinity for farming and had asked before his visit to Kilkenny, to meet with some people from the agricultural community.

The duty of presenting the various people to the prince and the Duchess of Cornwall was left to Mr Bambrick One of those he introduced to the couple was his opposite number in the rival farm organisation in Kilkenny, John Robinson, Callan of the Irish Creamery Milk Suppliers' Association (ICMSA).

Also present was Henry Corbally, the chairman of Glanbia Plc.

Also there was Mrs Mullins, grandson, David Mullins, who rode, Rule The World, to win the Grand National last year.

The Duchess of Cornwall had a great chat with showjumper Marian Hughes and the final member of the agri-party to meet the couple was the IFA's Regional Development Officer, Joe Kelly who is based in Kilkenny.