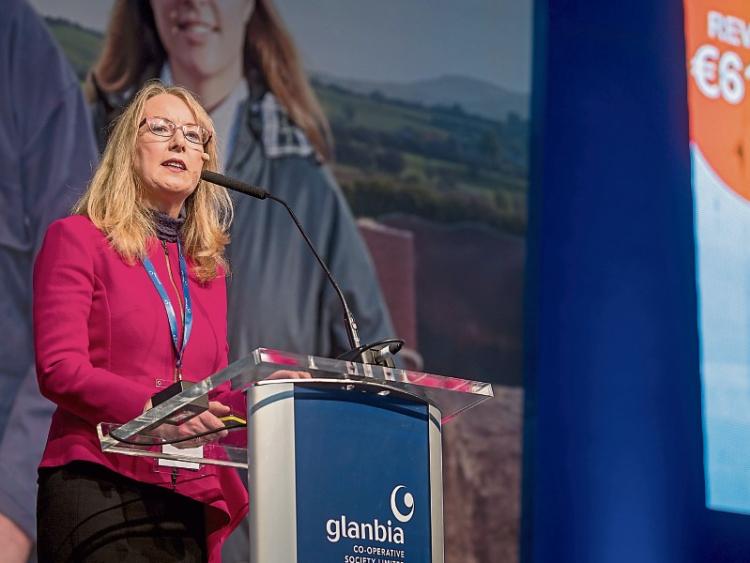 The creation of Glanbia Ireland is subject to an approval vote by Glanbia plc’s independent shareholders at an Extraordinary General Meeting on Monday.

Almost 2,400 shareholders voted on a series of proposals at a Special General Meeting of Glanbia Co-op in Punchestown Event Centre, Co Kildare today (Thursday 18 May)

Shareholders in Glanbia co-op have voted overwhelmingly in favour of a proposal to establish a joint venture to be known as Glanbia Ireland. The result at a Special General Meeting (SGM) in Kildare yesterday was 93.1% in favour of this proposal, with 6.9% against. Originally announced on 22 February, Glanbia Co-op has agreed to pay €112 million to acquire a 60% shareholding in Glanbia plc’s Dairy Ireland division, which consists of Glanbia Consumer Products and Glanbia Agribusiness.

In addition, Glanbia Co-op shareholders voted to distribute by way of “spin-out” c.5.9 million shares in Glanbia plc to all members of the Co-op. The value of the “spin-out” is an estimated €100 million based on the Glanbia plc closing share price of 17.13 on Friday 17 February 2017. The shareholders of the Co-op also voted to allocate up to €40 million of its resources to Member Support.