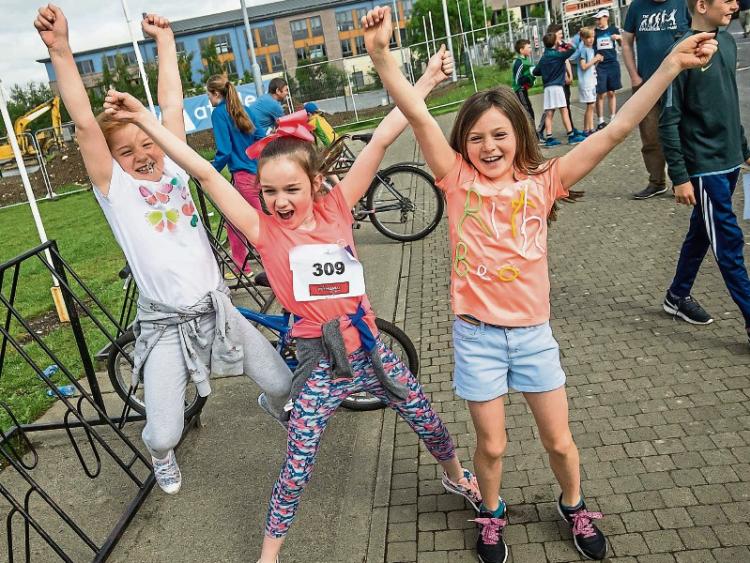 The sun shone on the 600 or so bright-eyed participants of the fifth annual Affidea Ireland-sponsored Rith Beo race, which took place at Gaelscoil Osraí on Sunday morning.

It was by far the biggest turnout since the very first Rith Beo, and there was a great atmosphere at the local school on the day. Four separate races took place, including a 3k Family Fun Run, 5K Individual Race, 5K Team event and a 10k Individual race.

The 5k team event sponsored by Guineys Kilkenny was a great success and was won by the Ormonde Leisure Club for the second year running. Pat Young recorded an impressive time of 39:18 to win the 10k event. Aifric Bolger finished the 10K race strongly and was the first female home with a brilliant time of 43:19.

A large number of pupils and their families took part in the Petmania Ireland 3k Family Fun Run and there are definitely some future elite athletes in the making. Fionn Drago was the first boy home in the 3K and Hannah Griffey was the first girl to cross the line.

All monies raised from Rith Beo go toward the purchase of furniture and specialised learning equipment for the library. A donation from the proceeds of Rith Beo will also be made to the local Teach Tom charity.

Tom Finn, CEO of Affidea Ireland said the company was delighted to be able to support the Rith Beo Fun Run again this year.

"The popularity of the event shows what a strong community Kilkenny has and we are pleased to be able to support the fundraising,” he said.