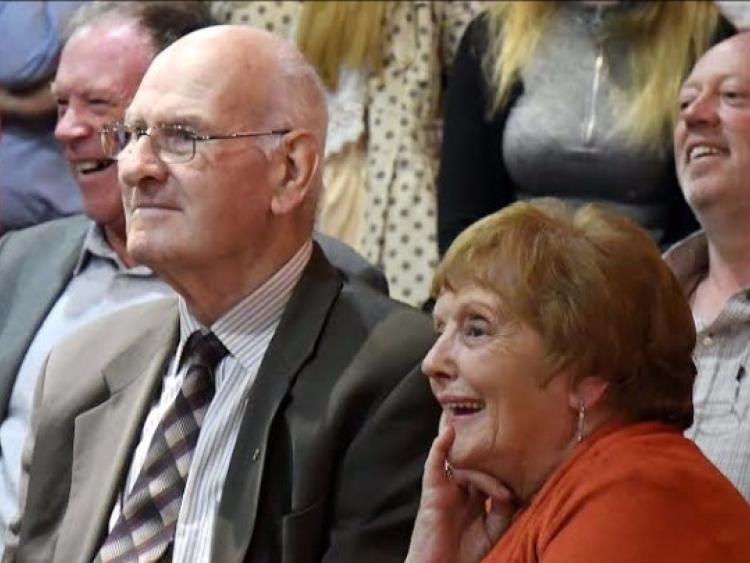 Georgie Leahy with his wife, Rita

Kilkenny was in mourning this morning following the death of George Leahy, Riverview, Kilkenny City.

Georgie, as he was more popularly known, died peacefully at his home following a lengthy illness.

He was 78 years of age, and he admitted in an interview only months ago, that had his health been better he would still be  managing a GAA team.

That was Georgie Leahy, hurling man extraordinary, helper of others, giver of himself, spreader of the religion of hurling that he believed in absolutely.

Georgie was the sole selector/trainer/manager when his own club, James Stephens became the first Leinster team to win the All-Ireland club senior hurling final in 1976. Later, in 1991, he managed Glenmore to All-Ireland club victory.

Georgie was a selector with Kilkenny All-Ireland winning teams at senior, under-21 and minor level. He also managed several other county teams, including Laois, Offaly, Waterford, Westmeath, Wexford and Carlow.

And he brought success to most areas he went as he brought his hurling magic to who knows how many other clubs, including Galmoy, Tullaroan, Barrow Rangers (Paulstown), Mooncoin, Conahy Shamrocks and Castletown (Laois).

“He was one of the greatest servants ever of Kilkenny hurling, and hurling in general,” insisted Kilkenny County Board chairman, Ned Quinn when paying tribute to Mr Leahy. “He was a very, very giving person who earned respect everywhere he went.

“Georgie worked with people at every level of the GAA, and he treated everyone with respect and always saw nothing but good in people.

“To his wife, Rita and family we extend our deepest sympathy,” he added.

Reposing at his home from 2pm on Wednesday (7th June) with Rosary at 8pm. Removal on Thursday morning to St. Patrick's Church, Kilkenny, arriving for Requiem Mass at 12 noon. Funeral afterwards to Foulkstown Cemetery. Family flowers only. Donations, if desired, to Cois Nore and the Carlow Kilkenny Home Care Team. House private on Thursday please.