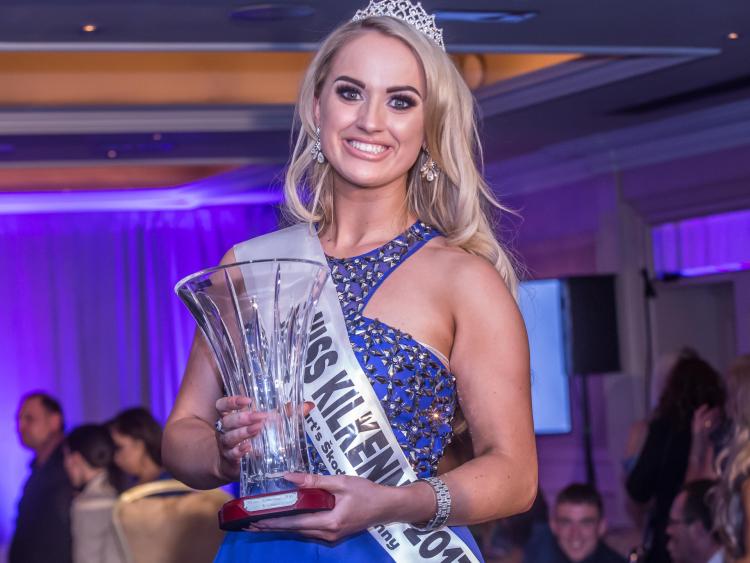 A sports enthusiast who is heavily involved in charity work has been crowned Miss Kilkenny.
Niamh de Brún wowed the judges in the Newpark Hotel with her confidence and her ease on the stage.
The young Ballyhale is the daughter of Seán and Bríd and works as specialist.
David Kennedy, Co-Ordinator of Miss Kilkenny told the Kilkenny People that the competition this year was very strong.
"It's never easy to pick a winner! That's why we have four judges, even then it's still a tough choice. On Sunday night we chose Niamh de Brún because she was the strongest contestant on the day! She is extremely educated, fluent in Irish and has a fantastic personality. Niamh is an amazing young lady that can accomplish anything she puts her mind to and will be a superb Miss Kilkenny," said Mr Kennedy.
The was Elaina Savva with Jade Walsh and Kelda Power placed third and fourth respectively. The go through to the Miss Ireland in August in Dublin. Judges included Manager of Miss Kilkenny, Chris Kavanagh; artist, Melissa Clarke and the current Miss Ireland, Niamh Kennedy.
The finalists took part in two fashion shows and also chatted with MC on the night, Brendan Hennessy.
After the winner was announced the finalists and their supporters attended an after party at The Left Bank.
The Miss Ireland finals will take place in October.