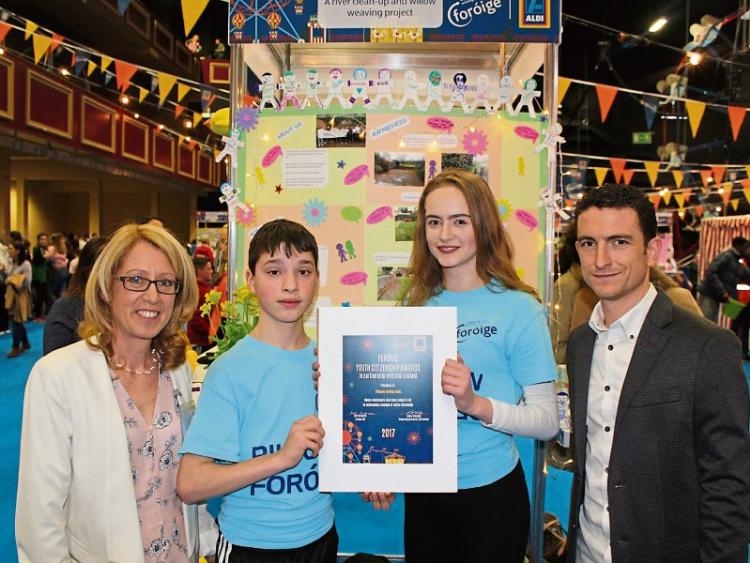 The group from Piltown did wonders for their local river. Picture are: Miriam Ryan, Foróige and Eddie Murphy, Aldi Ireland with Victor Murray and Ciara Fitzgerald, Piltown Foróige Club.

Foróige clubs from Paulstown and Piltown were among the 204 groups which took part in the awards, with projects covering topics such as equality, homelessness, mental health, culture and more. The event took place at the Citywest Hotel and Conference Centre, where more than 2,300 young people from throughout Ireland showcased their work in the community.

The Piltown Foróige Club were also featured on RTE’S Nationwide for their project, which involved a clean up of their local river. Historically, the waterway was used a great deal for industry and to transport goods.

The group wanted to both highlight the river’s historical significance and make it more exciting and usable for the present time. Piltown Foróige Club cleaned up the area along the riverbed, catalogued the local fora and fauna, created a beautiful structure to showcase the local wildlife, and built a willow structure to sit beside the river.

For the clean-up project, the group got litter-pickers and bags from Kilkenny County Council. They also partnered with Birdwatch Ireland to detail the local wildlife and plants. 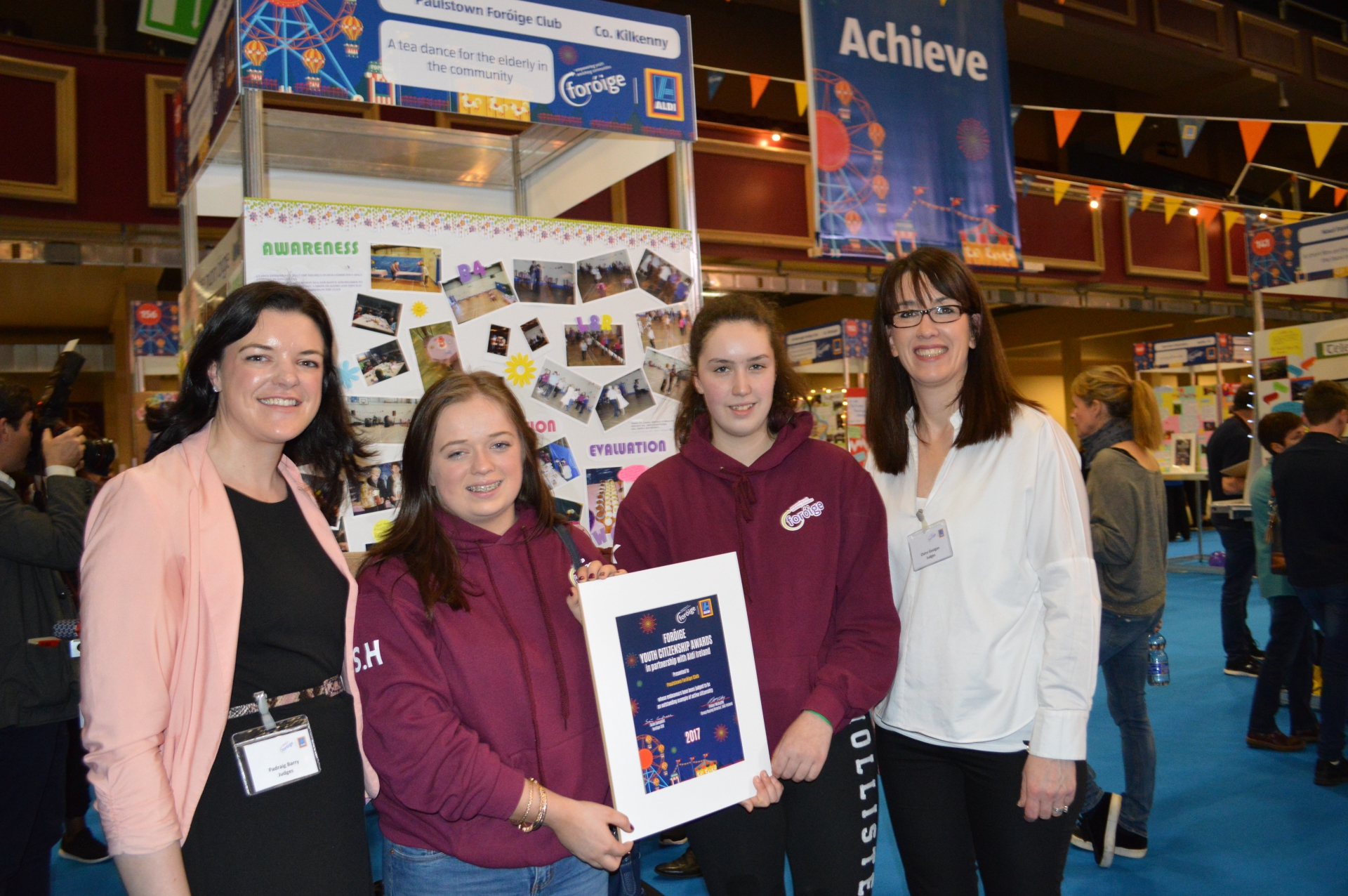 Meanwhile, members of the Paulstown Foróige Club were made aware of the lack of events for the elderly in the community. They wanted to work on getting them more involved in the events Foróige held.

The young people also wanted to learn about the experiences of the elderly in their community, and so took the necessary steps to arrange an afternoon event for both groups. The group were responsible for all of the logistical and organisational elements of the event.

Local people donated refreshments for the day. The group now hopes to engage more community groups to build on the success of this.

“We are so proud of everything these young people have achieved in their communities and it’s wonderful to see all the skills they’ve gathered in the process,” said CEO of Foróige Sean Campbell.

The event was opened by Minister of State for Mental Health and Older People, Helen McEntee TD. DJ Jenny Greene was MC for the awards ceremony, and played DJ sets throughout the day.