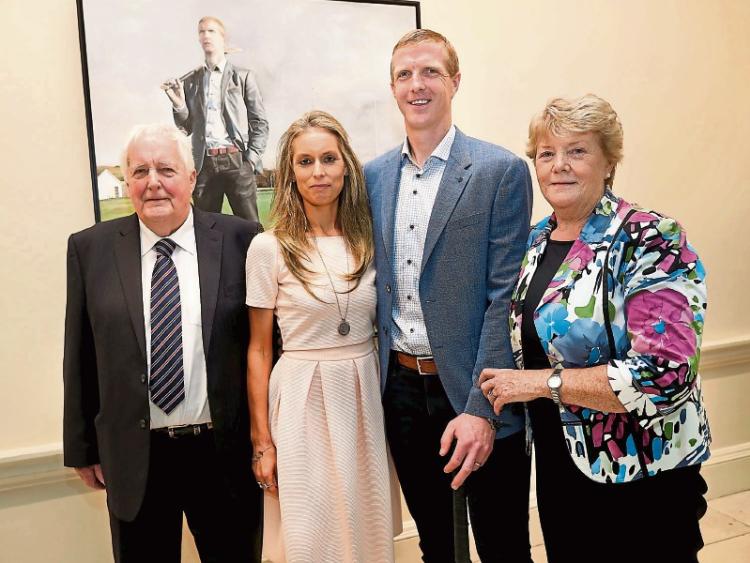 Kilkenny hurling legend Henry Shefflin has a stunning portrait unveiled at the National Gallery of Ireland this week.

The Ballyhale man attended the official unveiling of the portrait by Tipperary artist Gerry Davis.

The painting was commissioned for the National Portrait Collection, which began in 1884 and has enpjoyed commisioned works since 1998.

“I'm sure I'll get plenty of slagging about it but its a reflection of Kilkenny hurling and the time we had, It was brilliant to be part of that and this again adds to that journey,” said Henry at the unveiling.

He was very pleased with t the painting - “I'm delighted with how it turned out” - Henry acknowledged the role of his team mates in his playing career, adding that he would not have been as successful without the team mates he had.

The oil on canvas painting will be on display to the public from this Thursday, June 15 when the Gallery reopens its refurbished and historic wings on Merrion Square.

“We are delighted to add this wonderful portrait of one of Ireland's great hurling lgends to the National Portrait Collection which has its new home in the refurbished wings of the gallery,” said Director Sean Rainbird.

The Hennessy Portrait Prize is awarded to an artist resident in Ireland and chosen by a panel of judges, with a prize fund of €15,000 and a commissioned portrait worth €5,000. Among those hanging in the gallery are Bono, Bob Geldoff, Gay Byrne, President Mary Robinson and her husband Nick, Seamus Heaney, Brian Friel, TK Whitaker and Graham Norton.