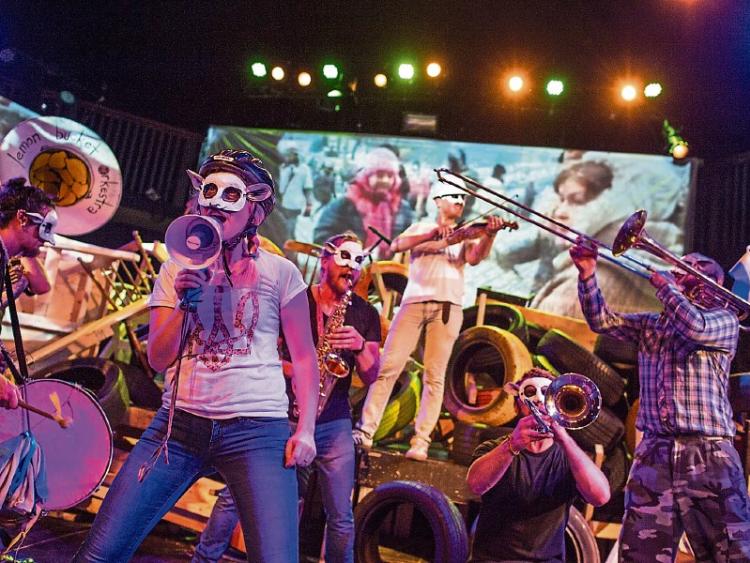 One of the most acclaimed hits of the 2016 Edinburgh Festival makes its Irish premiere at this year's Kilkenny Arts Festival in August.

Counting Sheep is a breathtaking immersive theatrical experience that brings the audience inside the heart of the Ukrainian revolution on Maidan Square in 2014. In its only Irish dates, the award-winning production will play for seven performances in the 44th edition of Ireland’s oldest arts festival, which runs from 11 to 20 August 2017.

Festival Director Eugene Downes said: ‘I was blown away when I saw Counting Sheep at Edinburgh last summer – the combination of total theatrical immersion, stunning live klezmer band, traditional Ukrainian choral singing, exhilarating emotion and the unexpected way it brings the audience inside the heart of Europe’s youngest revolution. It’s a groundbreaking piece of contemporary political theatre which we can’t wait to bring to Irish audiences for the first time.’

Created by musicians Mark and Marichka Marczyk with Balkan-klezmer-punk band the Lemon Bucket Orkestra, this award-winning ‘guerilla folk opera’ offers a deeply personal retelling of the popular uprising that succeeded in toppling the Ukrainian government.

An explosive mix of interactive theatre and Ukrainian music and song, performed against a backdrop of real footage, Counting Sheep pitches audiences head first into the chaos of those days, inviting you to experience the anger, excitement and joy of revolution up close.

Since 1974, Kilkenny Arts Festival has established itself as one of Europe’s finest artistic celebrations, bringing world-class performances to the city. This year, from 11 to 20 August, leading artists will gather for ten days of extraordinary artistic adventures. Some first highlights have already been announced and the full programme will be launched on 20 June.