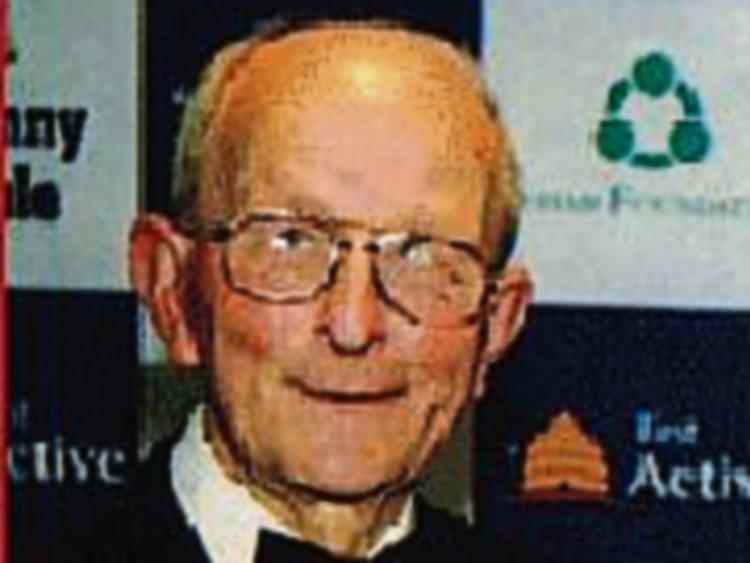 An honorary Freeman of Kilkenny city, he worked on the street man and boy for over 70 years and in all that time never, ever had a cross word with anyone.

Above Jim Bourke's family business' door on High Street was the motto - 'Worth Will Tell'.

The shop is long gone and in its place is St Canice's Credit Union.

Jim's worth and value to the community of Kilkenny as a businessman and craft tailor, as a confidante to many and compassionate to all was recognised a few years ago at the Kilkenny Chamber of Commerce and Industry annual awards night.

After Bourkes closed down he was headhunted by the late Michael Wall to work in his shop at the bottom of High Street, Frank Walls Man's Shop.

Jim and Mick were an absolute tonic and consummate shopkeepers and made up the Three Amigos with Peader Blanchfield, who is thankfully still with us and going strong.

The trio had a great way with them and that generation knew how to sell.

And good to see The Man's Shop still going strong.

Jim who was quiet and generous with his time, was also involved with the St Vincent de Paul for many, many years. That same empathy was present in his dealings with those who fell on hard times.

The citation at the Chamber of Commerce and Industry awards night was, written by former president, Martin Costello.

“Jim's late father James Bourke owned James Bourke and Sons and he gave up the priesthood to return to Kilkenny, train as a tailor and run the family business for decades.

“Outside office hours, his life was taken up with the betterment of others, in particular through St. Vincent de Paul.

“With the closure of the family business, Jim went to work for friendly rivals Frank Walls Man's Shop just a few doors down High Street - an indication certainly of the worth of the man to the local trade of High Street.

“In 2002, he was awarded a Rehab People of the Year award,” the citation read.

Martin Costello, of Murphy's Jewellers on High Street said that Jim had been a major player in the commercial life of High Street for many decades.

“The people he served were his friends rather than his customers and he was someone that continued to give selflessly to those less fortunate than him,” Martin said.

Jim who would have celebrated his 89th birthday the day after he died, passed away on Friday, June 2 at Archersrath Nursing Home where he was very well cared for by the staff.

He was buried in Foulkstown after Requiem Mass in St John's church, Kilkenny.