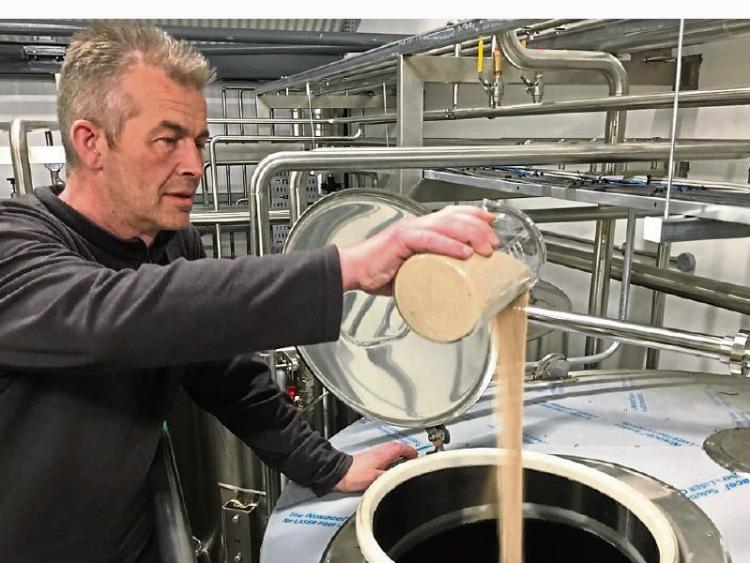 Aquarter of a century ago, Morgan Ging and his wife Anne had a dream of making their farm in Ballykeefe, seven miles from the city, completely self-sustainable, writes Sean Keane.

The couple wanted to revive a lost tradition of using home grown barley to produce the spirits and feeding the byproducts to their cattle.

Morgan married this dream with his love for premium whiskey to create Ballykeefe Distillery in the heart of rural Kilkenny.

“We have a grass to glass approach here — growing our own barley and completely following the process step by step,” he said.

“All of our by-products from the distillation process are fed back to the animals on the farm, allowing us to fulfill our dream of being 100% self-sustainable with zero waste from our distillery,” he pointed out.

While it wasn’t the cheapest route to follow, it was always at the centre of the dream.

The local community of Cuffesgrange, Ballycallan, Killaloe and Kilmanagh have been 100% behind Morgan and Anne from the outset and are delighted with the successful venture.

Ballykeefe on the map and for bringing an international business into the heart of the community.

The distillery was established to complement and diversify operations on the farm.

“We want to hand the farm on to our children as a more ecological and financially sustainable operation than when we started farming,” Morgan said.

“Our family farm began as a beef and tillage operation and the creation of the first whiskey distillery in Kilkenny in over 200 years revives a lost tradition of using home grown barley to produce the spirits and feeding the byproducts to the cattle on the farm.

From the outset, sustainability was part of Ballykeefe Distillery’s mission.

“The aspiration was to create an enterprise with the lowest possible carbon footprint; a facility that minimises waste and energy use, while ensuring commercial viability,” Morgan enthused.

Among the elements included in the design of Ballykeefe Distillery were the restoration and refurbishment of the old stables as a visitor centre. A passive stack ventilation system was installed and a cooling system was designed to recover heat from the cooling water to service the domestic hot-water system that serves the employee facilities and visitor centre.

Once production increases, heat can be recovered from the pot ale generated and used to pre-heat the fermented wort that feeds the wash still.

Recovery of all condensation to a tank at the boiler reduces energy used in the company’s steam generator. Meanwhile, steam and condensate pipework is insulated to prevent losses.

The distillery will also contribute to the farm with pot ale, draff and wort, which are generated in the distilling process, being fed directly to livestock. “The proximity of the farm gives Ballykeefe Distillery a unique advantage, eliminating the need to transport pot ale and draff off farm for disposal,” Morgan said.

An Environmental Protection Agency report, entitled ‘Improved Treatment of Distillery Wastes’, published in September 2015, concluded that this was the most environmentally sound option for these co-products. An additional benefit is significant saving on animal feedstuffs on the farm. In turn, the farm supports the distillery through barley production.

“Growing barley on site in Ballykeeffe reduces the requirement for regular grain deliveries and associated transport. Furthermore, the straw from the barley harvest is used on the farms as animal bedding during the winter months. The most environmentally sustainable practices are undertaken on the farm including precision crops spraying using satellite navigation as well as trailing shoe slurry application,” Morgan said. They are also to be part of the Irish Grain Assurance Scheme and the Bord Bia beef Quality Assurance Scheme.

The distillery has opened for tours to see the plant fully operational and to meet award winning Master Distiller Jamie Baggot. If you are enquiring how to book a tour visit the Balllykeefe Distillery Facebook page, or send an email to info@ballykeefedistillery.ie