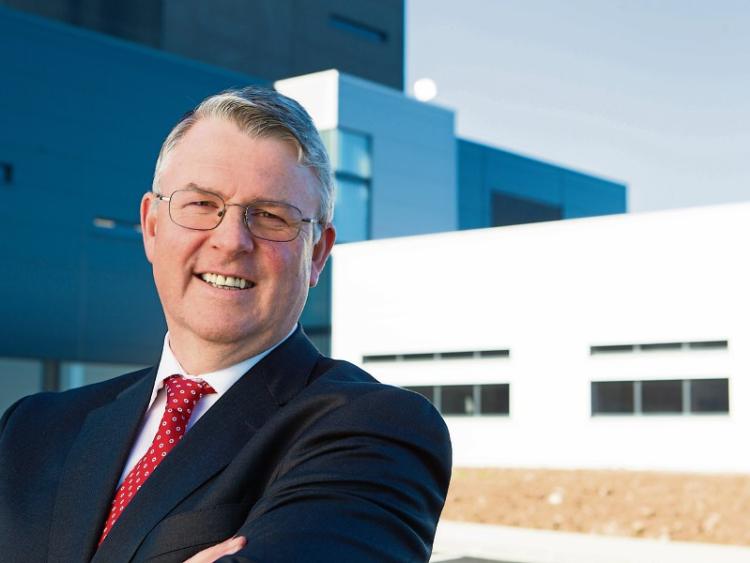 Glanbia Ireland is considering another major construction programme to cope with the increase in milk production among local farmers.

Recently, the Kilkenny city -based global food giant, received planning permission for a major extension of its existing milk production plant outside Ballyragget.

It has around 850 suppliers in Kilkenny and about 170 in Carlow.

It recently undertook a census of its 4,500 milk suppliers, including Kilkenny and Carlow who have indicated their intention to increase their milk supply to the company by approximately 30% by the year 2020.

“As such, we are currently looking at a number of alternatives and have sought planning permission on a number of sites in order to provide the Glanbia business and our suppliers in the region with a range of options to support growth over the next number of years,” Pat O’ Keeffe, Head of Farmer Relations with Glanbia said.

“At this point no final decision have been taken by the Board of Glanbia on whether to proceed with any specific project but a successful planning application will streamline the decision making process,” he added.

Meanwhile the new dairy processing plant in Belview, in the deep south of the county is in its third year of operation.

Mr O'Keeffe said he facility had a very successful year in 2016, processing 459 million litres of milk, almost 50% more than in its first year.

The permission in Ballyragget is for an extension to the existing milk powder processing plant and extensions to the existing administration building to accommodate an enlarged food preparation area, additional personnel facilities, offices and a laboratory.