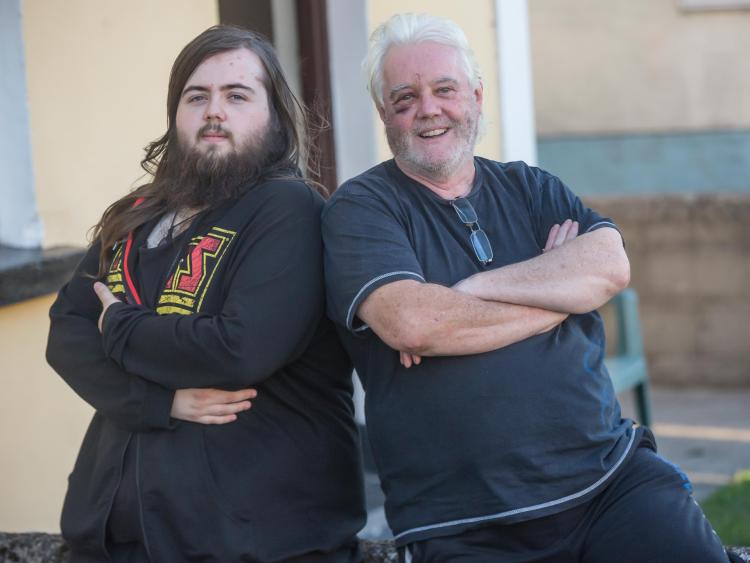 Johnny and Curtis Scully who were assaulted in broad daylight

A keen photographer feared for his life after he was set upon by a number of men while out walking on Friday evening.
Johnny Scully (63) was taking a stroll with his son Curtis (20) and his girlfriend by the banks of the River Nore when the pair were violently assaulted.
Mr Scully is well known locally for his photographs, often capturing images of wildlife and nature..
“We were walking in the Peace Park, by the handball alley and I was taking photos of a swan, who had an injured wing and the wild flowers. We walked past a group of young people, who were drinking, and next thing a bottle flew past us.
“I turned and took a photo of the group and was heading up the steps to Michael Street and I took a photo of a pile of rubbish.
“The group were looking over and one fella said that you have no right to take photos. I said I did as it was a public place and I said that I was going to report the drinking and littering to the gardaí,” he said.
As Mr Scully got to the top of the steps a man ran at him and went to grab his camera.
“I pushed him to stop him getting the camera and I went to pick it up and he gave me a kick on the side of the face and in the eye.
“When I stood up one of his friends came up and gave me a punch in the side of the face,” he said.
“Three fellas jumped on Curtis and he fell down the steps and he banged his head.
Mr Scully told the Kilkenny People that he saw ‘a fella run at me and give me a flying punch’.
“I said no, am I going to be killed. I said I am 63 years of age there is no need for this and a man said to them to leave me alone and they ran,” he said.
Mr Scully and his son then managed to get up to Michael Street and the emergency services arrived. Both men were treated at St Luke's Hospital.
Gardaí are investigating the incident and are examining CCTV footage.
Anyone with information can contact Kilkenny gardaí on (056) 7775000.