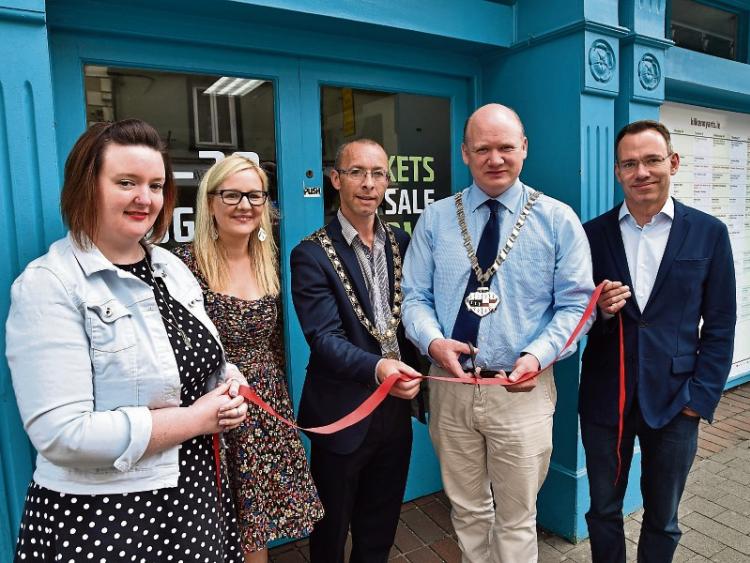 With the doors of the Kilkenny Arts Festival box office now open, lovers of classical music, drama and many other artistic endeavours have a chance to book their favourites before it gets too busy.

One of the festival favourites over the last number of years have been the visit of portrait artist, Mick O’Dea.

His city centre studio has become an essential part of the Festival experience.

Every afternoon, O’Dea has thrown open his studio to the public, wowing audiences with portraits and sketches of Festival artists painted on the spot.

He does this with astonishing confidence and skill, while keeping up a stream of conversation with sitter and audience alike.

It’s a unique three-way interaction that offers audiences a rare glimpse of the countless decisions and revisions that go into the creation of a work of art.

For the third and final instalment of his residency, O’Dea takes up his brushes in the Home Rule Club on john's Quay to capture the leading artists and performers at this year’s Festival.

Don’t miss this last opportunity to watch a master at work, and be sure to visit his exhibition at Abbey Street, Kilkrnny city where the fruits of three years' work are on display throughout the Festival thanks to local businessman, Peter Dore.

The Hubert Butler Annual Lecture was established in 2007 to honour the Kilkenny writer, historian and broadcaster whose remarkable consistency of vision and clarity of mind made him unique among essayists.

For more than 25 years, in books such as Lost in Translation, the bestselling memoir that launched her career, Hoffman has probed the questions at the heart of Butler’s own work.

These are: The complex history of Eastern Europe, the tension between individual and collective memory, and the ways in which language and culture make and remakes us.

Having lived her life in Poland, Canada, the US and now the UK, Hoffman will share her unique perspective on the state of Europe.

It’s an opportunity to hear from a thinker Roy Foster once described as an example to everyone who writes Irish history.