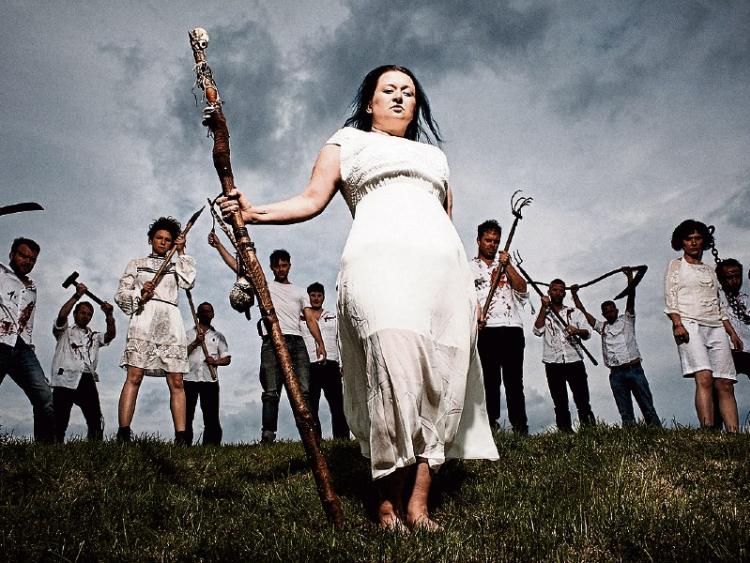 There are two amazing concerts, part of the Kilkenny Arts Festiva, to tell you about.

The first is the return of the award winning Loosysmokes with a gravity-defying new show in the atmospheric Brewhouse at Smithwick's Brewery, now called the Abbey Creative Quarter . More on that later.

The second show is by Eliza Carty, the queen of English folk with the full-blooded Wayward Band.

She will play in St Canice's Cathedral, Kilkenny with her wayward friends on Wednesday, August 16.

Since then she has continued to stretch the boundaries of folk, releasing a series of acclaimed albums, collaborating with everyone from Christy Moore to Damien Dempsey, and assembling the formidable 12-piece Wayward Band.

Carthy stretches folk music in all manner of new directions

furious, timely folk ... remarkable as much for the quality and range of her singing as for the inventive arrangements

she leads a 12-piece ensemble – brass, fiddles, the works – on a bravura romp through songs old and new… her fiddle-playing is as incendiary as ever

One of the most talked-about shows at last year’s Festival was Behind the Dark, a deeply eerie, strikingly beautiful fusion of dance and acrobatics staged at night in Kilfane Glen.

The show’s creators, the award winning Loosysmokes, are rapidly making a name for themselves as one of Ireland’s most original companies and this year they return to Kilkenny to present the world premiere of a brand new work.

Raven Eyed is a spectacular blend of gravity-defying aerial work and audio-visuals that explores the boundary between the past and the present, the real and the imagined to create a turbulent dreamscape where superstition meets the surreal.

Taking place in the historic Brewhouse – the former Smithwick's brewery, and one of the most atmospheric spaces in the city – Raven Eyed is an acrobatic tour de force that will turn your perspective upside down.

This is a highly visual performance of intense skill and power ... a dark and moving fusion of modern circus and contemporary dance. To book tickets get on to kilkennyarts.ie or call to the box office on the city's John Street.