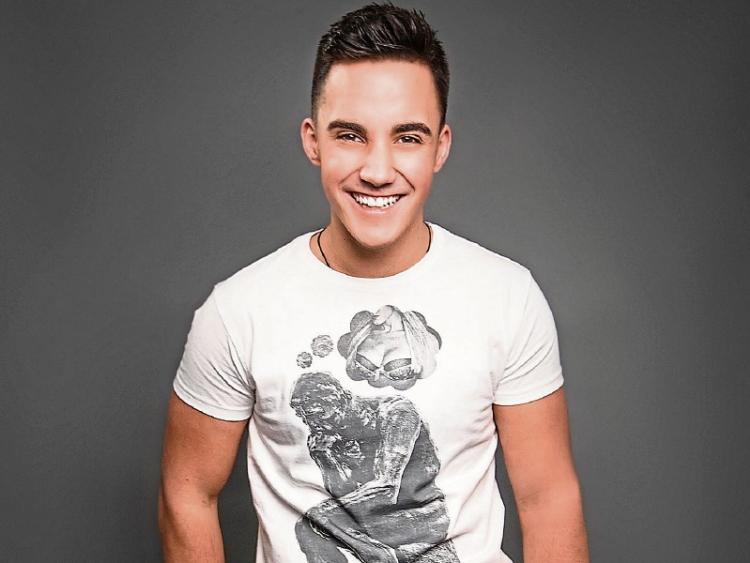 It's a double whammy for Ballykeeffe Amphitheatre, just outside Kilkenny city this weekend.

Kilmanagh is the place to be this Saturday as the impressive 2017 season storms ahead with performances from two of Ireland's best up and coming country music stars in the acoustically perfect surroundings of Ireland's only amphitheatre.

The younger brother of the chart-topping Nathan Carter, Jake Carter will make his debut appearance at the stunning outdoor venue as part of his first Irish tour and he is already building his own fan base.

Jake is heavily influenced by a variety of artists from the genres of country, rock and pop, and as a result has as his own unique, distinctive sound.

He plans to release a new EP later this year and it promises to be different from older sibling, Nathan.

Popular country crooner Barry Kirwan also takes to the Ballykeeffe Amphitheatre stage this Saturday night - the son of Irish country music sensation Dominic Kirwan, it comes as no surprise that Barry caught the bug and followed in his father's footsteps.

A former member of the Derek Ryan band, Barry gigged all over Ireland, the UK and Australia before leaving the band to follow his dream of a solo career on the Irish country music scene.

Barry released his first solo single from his debut studio album last year, which shot to the number one spot in the Irish iTunes Country chart and number two in the UK chart.

Ballykeeffe is a unique venue in the tradition of Italy’s famous outdoor theatres.

Nestled at the foot of the old Ballykeeffe Quarry, Ballykeeffe Amphitheatre brings the authentic atmosphere of an open-air Italian theatre to the quaint Kilkenny countryside.

The once-bustling slate quarry had lain abandoned and in disarray for many years, with most indifferent to its very existence.

Tickets are €20 from Ticketmaster.ie oor from Rollercoaster Records, Kieran Street; The Book Centre and O'Connor's in Kilmanagh. Gates open at 7pm and a full bar will be available at the venue.