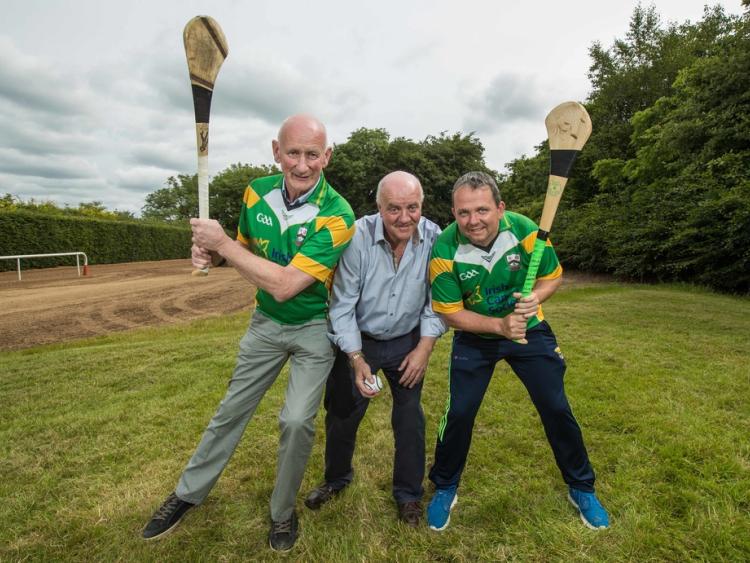 Kilkenny manager Brian Cody will be hoping his team of jockeys retains the winners title when they once again take on an All-Star line up of hurlers in the annual Hurling for Cancer research challenge at St Conleths Park, Newbridge, next Tuesday, August 15.

For the sixth year in a row, legendary racehorse trainer Jim Bolger and Gold Cup winner and two-time National Hunt Champion jockey Davy Russell will bring household names in GAA and horse racing together to take part in the celebrity hurling match in aid of the Irish Cancer Society.

To date the event has raised €540,000 to fund the Irish Cancer Society’s innovative cancer research projects, which include a recent breakthrough in the treatment of triple negative breast cancer.

Lining-out for the unique clash of the ash at St Conleth’s Park, Newbridge are Kilkenny stars Henry Shefflin, DJ Carey, Charlie Carter, Richie Hogan, Tommy Walsh, James Cha Fitzpatrick and JJ Delaney who will line out for Jim Bolger’s stars and will be managed by Liam Griffin, assisted by Davy Fitzgerald. 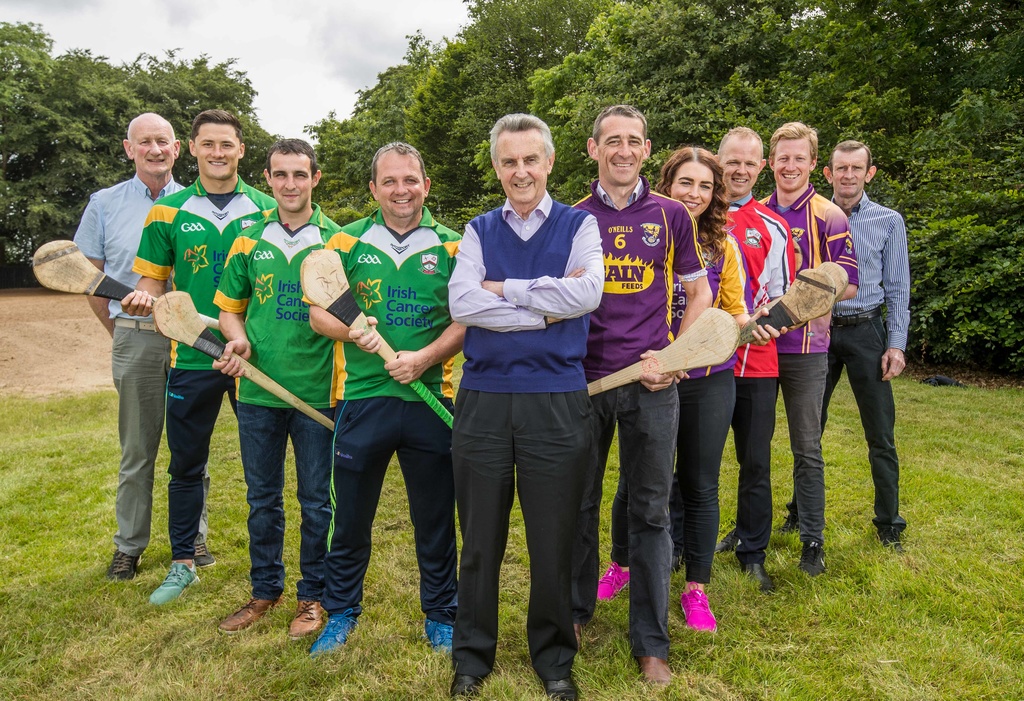 They will take on Davy Russell’s best managed by Brian Cody and assisted by Derby winning jockey Kevin Manning. Brian will be hoping for a second win in a row for the jockeys.

Fans will have a chance to meet their sporting idols on the night and there will also be entertainment from Castlecomer Male Voice Choir and Tenor Anthony Kearns will sing the National Anthem.

Throw-in is at 6.30pm and tickets costing €10 for adults and €15 for families are currently on sale at www.cancer.ie/catalog/tickets or by phone on CallSave 1850 60 60 60. Tickets will also be on sale at the gate, on the night of the match. All money raised will go to the Irish Cancer Society to fund researchers improving the lives of people across the country affected by cancer.

Jim Bolger said, “We are looking forward to another stellar performance from Ireland’s sporting stars who will be picking up a hurl in support of Ireland’s cancer patients on Tuesday, August 15th this year. Research is our most powerful enemy against cancer and together we are proud to play a part in helping patients fight back against this disease.”

Since 2010, the Irish Cancer Society has invested over €20 million in cancer research, including significant investments in national cancer research centres such as BREAST PREDICT. Recently, BREAST PREDICT researchers, who are funded by the Irish Cancer Society through events such as Hurling for Cancer Research, have identified a new target in an aggressive form of breast cancer called Triple Negative Breast Cancer (TNBC).  This new target in the tumours will help doctors better predict a patient’s prognosis. The researchers also found an experimental drug which kills TNBC cells because they have this newly identified target.

Dr Robert O’Connor, Head of Research, Irish Cancer Society said, “40,000 people in Ireland will be diagnosed with cancer in Ireland this year. While the number of cancer cases is increasing, the recent discovery by our Irish Cancer Society-funded researchers is one of many key advances being made to help stop cancer. BREAST PREDICT is making huge strides in breast cancer research. Making new discoveries about these cancers which will potentially lead to more ways to prevent, detect and treat the disease and ensure more cancer survivors live longer, happier lives. However, our research investments are 100% funded by the public, so we are reliant on voluntary donations to continue this progress. This is a truly amazing family event, where talented national sports stars and our community can have great craic but at the same support the amazing research talents we have in Ireland working night and day to stop cancer.  We are extremely grateful to Jim, Davy and all the talented sportspeople who continue to give up their time to bring new hope to people in Ireland affected by this disease.”