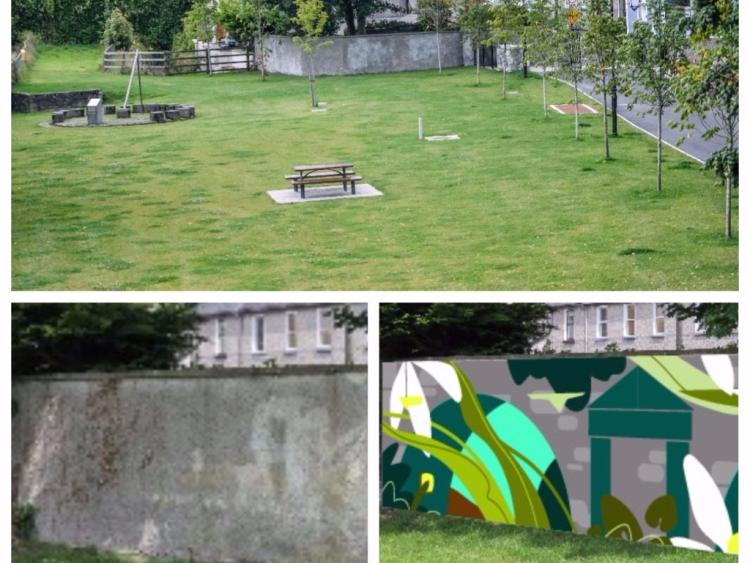 Peace Park in Kilkenny City. Left: The wall at present. Right: A mockup of how the mural might look

The project, ‘Building Bridges’, will involve members of local youth groups helping to create two striking new murals in the area. They’ll be working under the guidance of renowned local street artist Dan Leo, whose most recent work — a striking, colourful pheasant piece under Ossory Bridge — has received widespread acclaim.

The idea is borne out of an initiative last year by ‘Greensbridge 250’, a community group formed last year to mark the 250th anniversary of historic Green’s Bridge. Since then, they have been exploring the idea of doing something in the Peace Park and at the old James Stephens swimming pool building to improve the area and celebrate the history of the area.

The group submitted an idea to KBC Bank’s Community Bright Ideas scheme, and it succeeded in securing funding. They were then able to commission DanLeo to come up with some interesting designs hoping to reflect Green’s Bridge, its history and heritage. 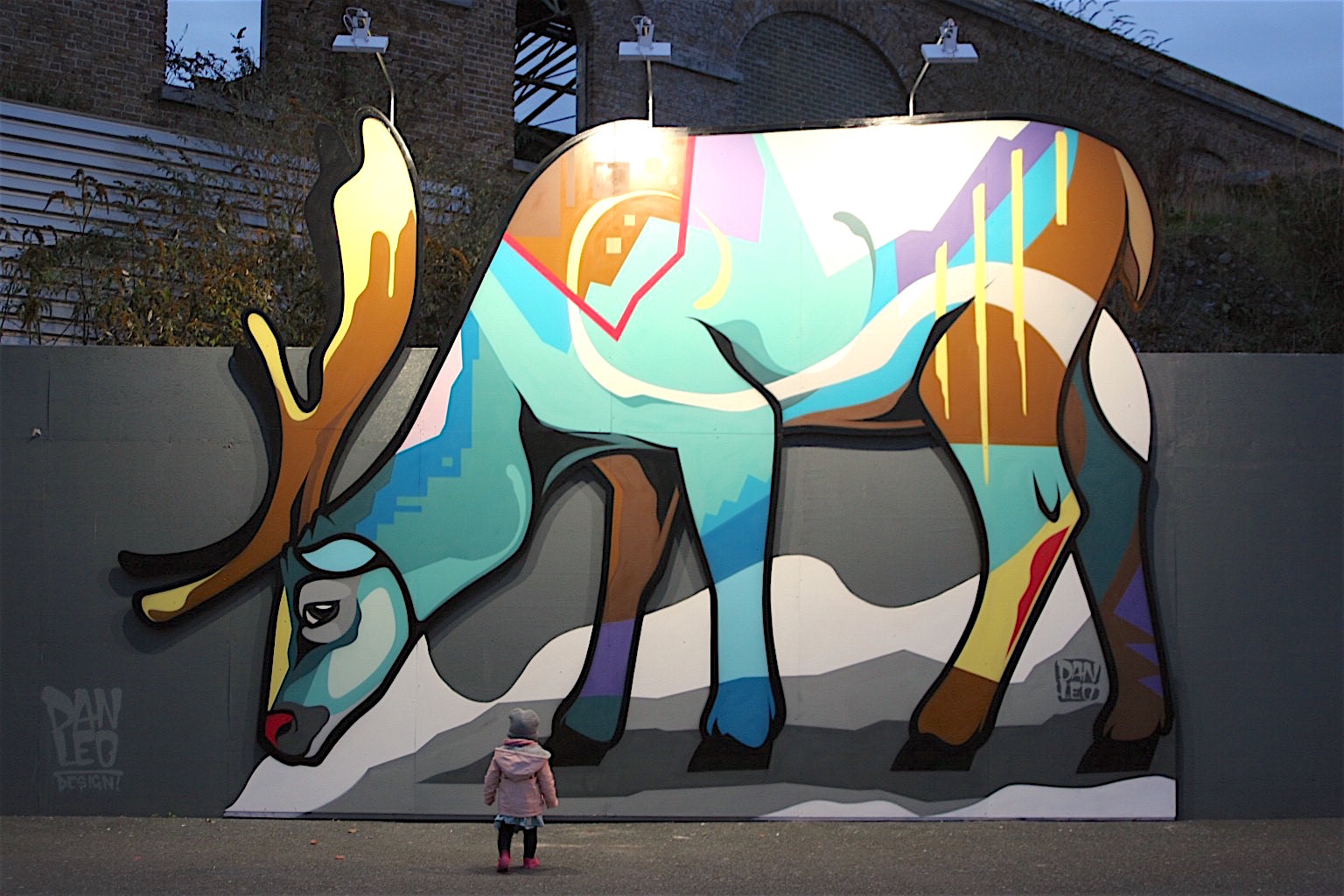 The result is the bright and colourful murals, designed by Dan, which depict the bridge and some of the river’s flora and fauna.
The side wall at the old swimming pool, a surface which has seen some anti-social tagging and even fire damage in its time, will get a full overhaul. A vivid green and blue mural, a replica of a bridge with the hallmarks of a DanLeo work.

Another design is envisaged for the wall leading along the Peace Park, coming out at Green’s Bridge. The council have agreed to smoothen and plaster the wall to prepare it for work.

“The work will start on the opening weekend of Arts Week, in conjunction with AKA Fringe, when volunteers will apply a base coat,” says Greensbridge 250 chairman Simon Bourke.

“Then, on Monday morning, August 14, at 10am, Dan and his team of young students will get to work executing the murals. They will continue through Tuesday and Wednesday and, weather permitting, will complete at least one and hopefully both of the murals.

“Spectators are welcome to come along and watch artwork take shape, as long as they keep a respectful and safe distance.”

The initiative found support at the July meeting of the Kilkenny City Municipal District.

“It should brighten up the area nicely,” said Cllr Patrick O’ Neill. “It’s also not costing us anything; they have the money.”

Cllr David Fitzgerald said that the old swimming pool building required some upkeep work. The Fine Gael councillor noted that there had been previously a lot of debate about the building, and that the members of the former borough council had fought hard to retain it as a home for the boxing club.

Speaking to the Kilkenny People following that meeting, Margaret O’ Brien, of the Greens Bridge 250 group, expressed thanks to KBC Bank and the council for their backing.

“Kilkenny County Council have been very supportive,” she said

“[Director of services] Tim Butler and [city engineer] Seamus Kavanagh have been supportive, they put it to the council who supported it. The wider local community will be involved in painting.”

The Green’s Bridge 250 group was formed after a public meeting in the Home Rule Club open to all. Ms O’ Brien says that a lot of older people from the Michael Street area have attended meetings and expressed support for the ideas.

The plan is to have it coincide with Arts week, to make it ‘a living, interactive work where people can come and watch art being created’. It will also help combat some of the new graffiti in the area since the construction of the new bridge.

“The idea is that people and the community should be part of it all,” she says.

“So we’re hoping it will make it a happier and nicer place,” she says.