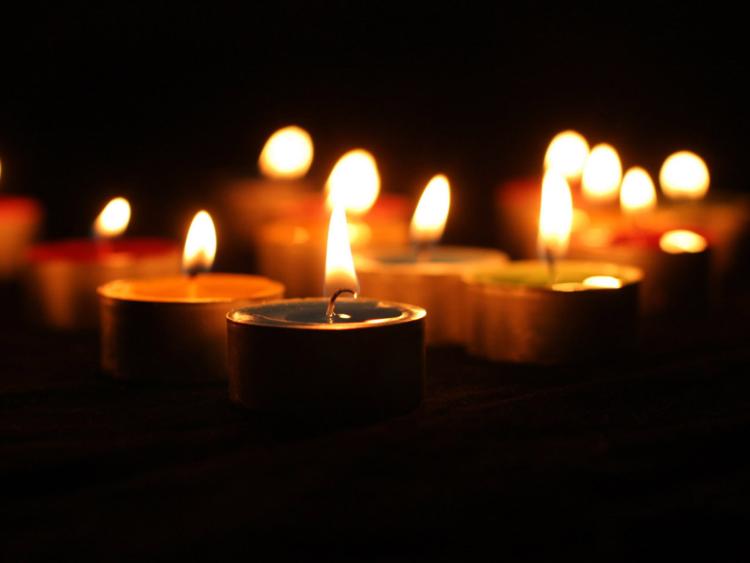 The death has taken place of James Bawle late of Dean Cavanagh Place, Kilkenny. 13th of August 2017 at St. Luke's Hospital. Beloved husband of the late Kathleen and loving father of Tommy, Francis (Frankie) and Majella. He will be sadly missed by his sons, daughter, brothers Jack and Mick, in-laws, grandchildren, nephews, nieces, relatives and friends.

Reposing at Hehir's Funeral Home from 5.30p.m. on Tuesday with Funeral Prayers at 6.30p.m. followed by removal to St. Mary's Cathedral. Funeral on Wednesday after 11a.m. Requiem Mass to St. Kieran's Cemetery. Family flowers only please, donations if desired to the Carlow/ Kilkenny Home Care Team.

The death has taken place of Kathleen Connolly (nee Doyle) of Hollymount House Stud, Hollymount, Carlow, passed away peacefully on August 13th, 2017, after a short illness at Aut Even Hospital, Kilkenny. Beloved wife of Sean, much loved mother of Maureen,Siobhán, Kathleen and John and adored grandmother of Jordan, Amy, Freya, Anthony, Rían, Sadhbh and Fallon.

She will be sadly missed by her loving husband, son and daughters, grandchildren, sons-in-law, brothers, sisters, brothers-in-law, sisters-in-law, nephews, nieces, relatives and many friends. Reposing at her home from 2p.m on Tuesday with Prayers at 8p.m. Reposing all day Wednesday with removal that evening at 6.30p.m to St. Abban’s Church, Killeen, Co. Laois, arriving at 7p.m. Funeral Mass on Thursday at 11am followed by burial in the adjoining cemetery.

Reposing at her home on Tuesday 15th August from 2pm with Funeral Prayers at 7pm, followed by removal to The Church of the Assumption, Callan. Requiem Mass on Wednesay at 12 noon with burial afterwards in Kilbride Cemetery,Callan.Family Flowers only please. Donations if desired to Mount Carmel Home, Callan.

The death has taken place of Jonathan Fitzpatrick (23 years), Keatingstown House, Kilkenny. Tragically on the 12th of August 2017. Eldest son of his heartbroken parents Sharon and Joe, best brother of James, Susan and Killian, grandson of John and Agatha Butler. Dearly missed by his grand-aunts Mary McNamara and Sr. Patricia Butler, aunts, uncles, cousins and a circle of great friends.

Reposing at Keatingstown House on Tuesday (15th of August) from 3p.m. until 8p.m. Funeral Mass on Wednesday (16th of August) in St. Canice's Church at 11a.m. with burial afterwards.