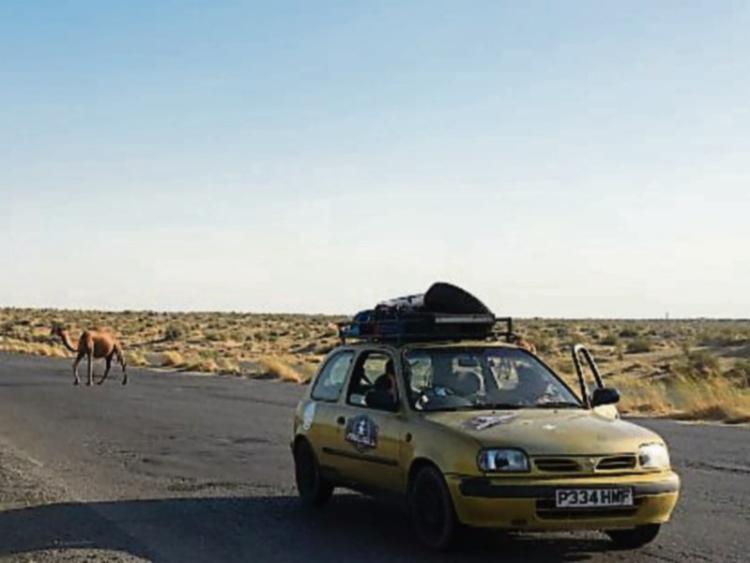 One adventurous couple are currently travelling to Mongolia in their beloved Micra and now have been on the road for over a month.

After weighing up the pros and cons of how best to get from Europe into Asia the par decided to take a cargo ship from Baku in Azerbaijan over the Caspian Sea to Turkmenbashi in Turkmenistan.

The journey was anything but straightforward. From finding the port to buying a ticket, nothing is clear or simple. Everything costs a lot of money and takes a long time. After an 18-hour ferry crossing the couple then faced an additional 22 hours of waiting as the port was ‘congested’.

When they finally arrived at Turkmenistan the border guards were adamant that they drive to Ashgabat (the capital), which was at least seven hours away.

“This wasn’t ideal - we were worried about driving so late at night, and there were a lot of unknowns. We didn’t know what the condition of the roads would be like, we didn’t want to hit any camels, didn’t know whether it was safe, and there was rumoured to be a curfew in Ashgabat which meant you couldn’t be outside (or driving) after 10 or 11pm in the city,” said Shane. Ten hours later they arrived in Ashgabat.”

Shane and Georgia were only allowed to spend five days in Turkmenistan and drove through a crater of burning gas in the middle of the desert, otherwise known as the gates of hell.

The pair then travelled into Uzbekistan only to find out that there is no straightforward way to get petrol and there is also no easy way to get money. Thankfully the Micra's tank was full but after a day or two the couple were forced to use inventive ways to acquire petrol before leaving Uzbekistan and entering – through some more desert and some mountains – down to the border with Afghanistan to Tajikistan.

The adventure continues for the pair who are raising money for Cool Earth, the official charity of the Mongol rally, and the Cystic Fibrosis Trust, in memory of their friend Asha.