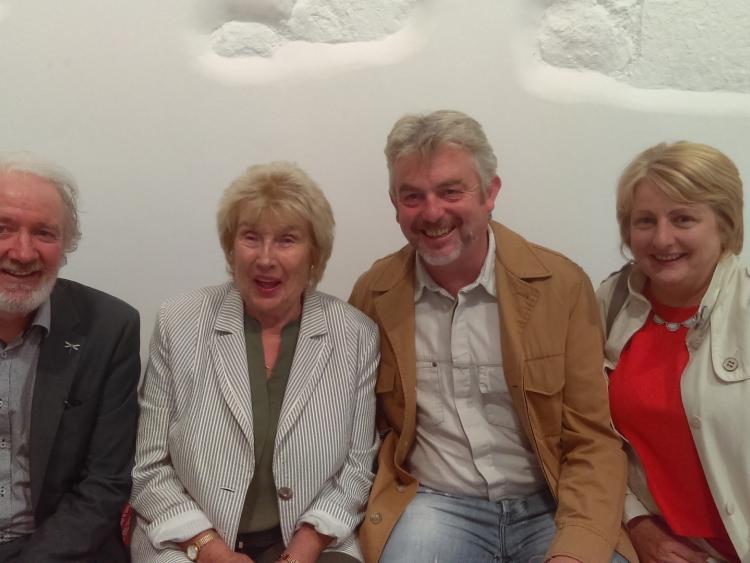 Cllr Malcolm Noonan, Carmel Lenehan, Dan Lenehan and Mary Martin at the opening of the St Mary's Room at the Medieval Mile Museum this evening

A fascinating new part of the Medieval Mile Museum in the centre of Kilkenny city opened this evening.

St Mary's Room in the museum is now dedicated to the thousands of artefacts unearthed during the restoration of the building.

Half of all the 89 objects on display were found by Kilkenny city man, Dan Lenehan with his metal detector, as a member of the team at Kilkenny Archaeology.

Each item tells a story of the generations who came to worshipat the former St Mary's Church and of those who died and were buried in the church grounds.

From a 1st century Roman coin to a silk stocking found in a coffin dating back over 600 years, each piece reveals the historic and contemporary importance of Kilkenny.

Much of what is on display including jewellery has been described as medieval bling.