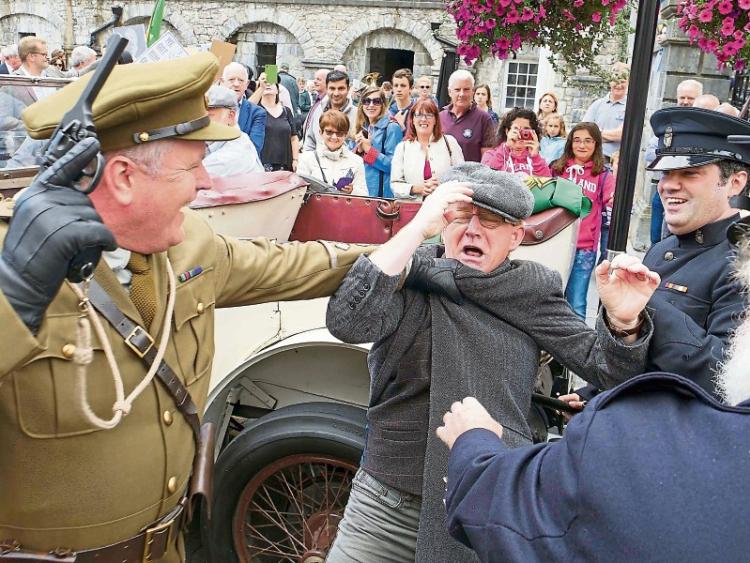 Re-enactment outside the courthouse on Saturday

A colour party from the James Stephens Barracks accompanied by a marching band helped escort some unusual guests of honour through the streets of Kilkenny last Saturday.

‘Constance Markievicz’, ‘Eamon De Valera’, ‘Jack Magennis’ and ‘WT Cosgrave’ were some of those who made speeches and sought votes from the courthouse balcony on Parliament Street. The speeches were as historically accurate as possible, put together from accounts of the time — and they clearly resonated with the sizable crowd who turned out to watch proceedings, as well as the curious tourists who couldn’t help having a look.

The replica election posters and polling booth added a touch of authenticity to the occasion, as did the numerous locals who turned out in 20th Century attire. 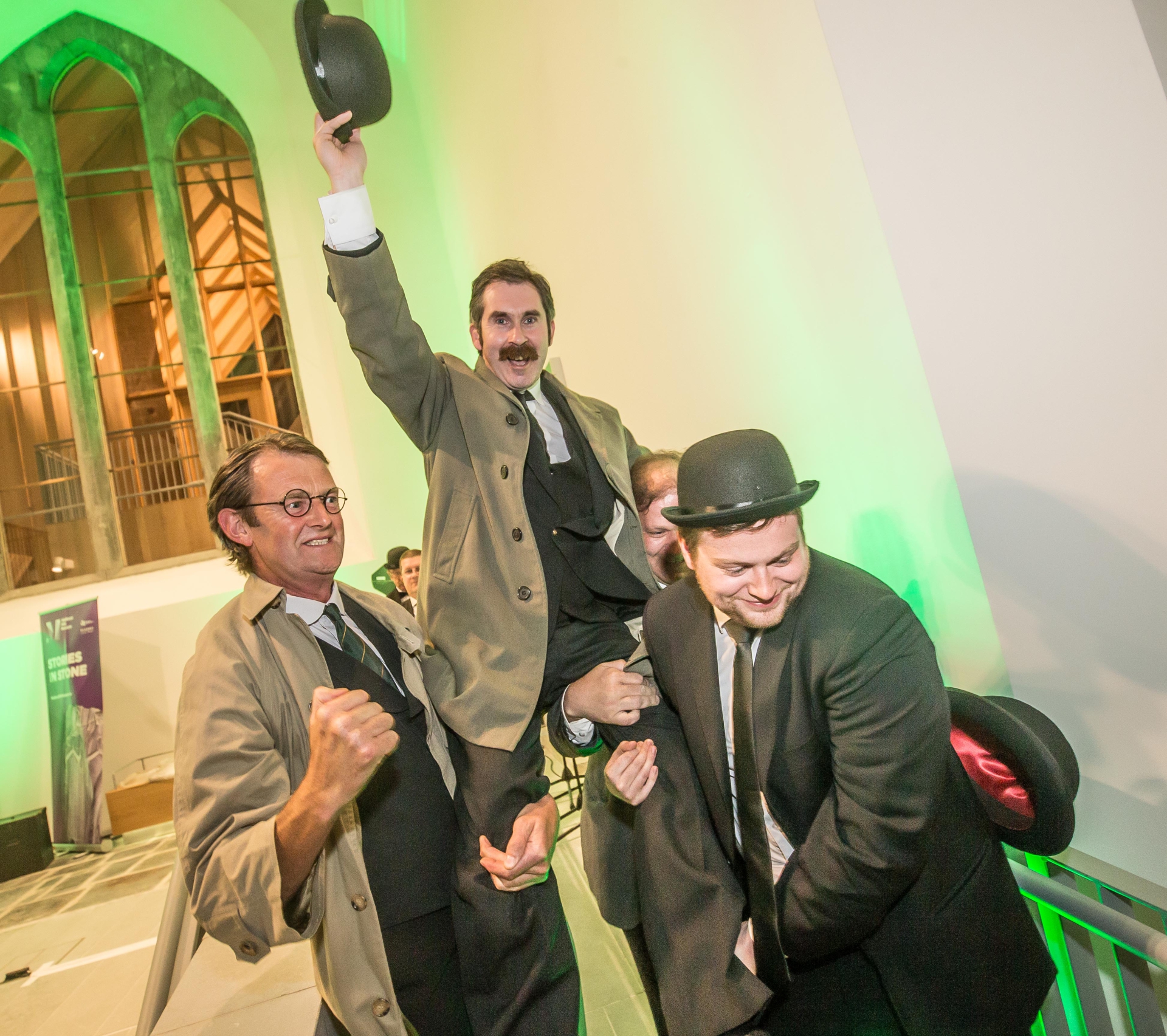 Venerable editor of this newspaper, ‘ET Keane’got things under way. The Kilkenny People was little over 20 years old at the time, andwas being suppressed by the British authorities. Keane introduced DeV and the Countess Markievicz, who was back in Kilkenny less than a month on from having been granted Freedom of the City.

Her speech had us all looking over our shoulders for the ‘G men’ she assured us were moving through the crowd reporting back to Dublin Castle.

“You awarded me the freedom of your city on the July 17 last,” she said

“There is no better way that I can think of repaying that kindness than asking you to give yourself that very same freedom – by voting 'no' at the ballot box. Say ‘no’ to coercion and acquiesence. Say ‘no’ to the imperial parliament. And help us to establish our own national assembly in Dublin,” she urged the crowd.

Cosgrave’s opponent, Jack Magennis, appealed to the rowdy electoratenot to be swayed by pageantry and ideas of romance.

But the ovation that greeted Cosgrave as he stepped forward to speak was evidence enough the result of 100 years previously was likely to be repeated.

“Today is the day when you can join those in Roscommon and Clare, who have sent a resounding message to the heart of the British empire,” he told the crowd, to loud cheers.

“An irrefutable message to that empire, that we — the Irish people — will be the masters of our own affairs. That we will no longer accept being serfs or subjects, that we will only accept being equal citizens of an Irish republic.

“Today is the day when you go down to the polling booth and cast your vote for me.”