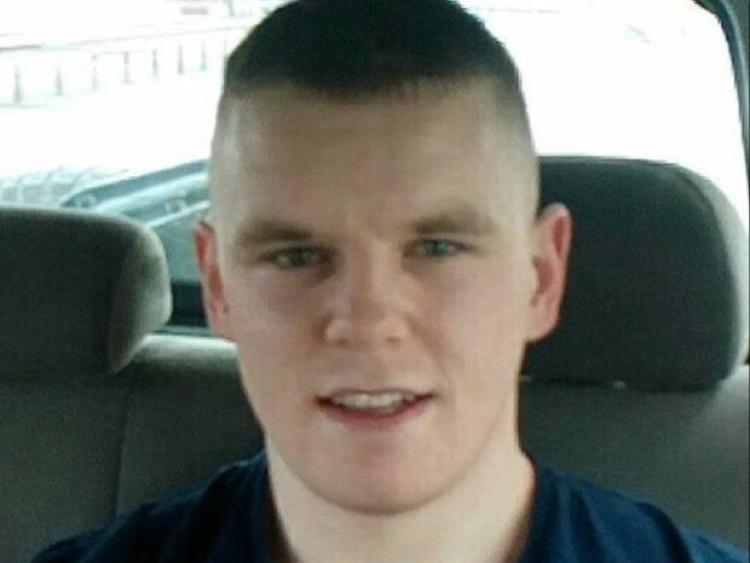 A young man who suffered serious stab wounds in Castlecomer on Saturday evening has been transferred to a Dublin hospital where he remains in a critical condition.

Jamie Hennessy received a number of wounds, including a wound to his neck, when he stabbed at Love Lane at approximately 7pm. Emergency services attended the scene and the critically injured man was brought to St Luke's Hospital. It is understood that he was transferred to the Mater Hospital on Monday evening.

Gardaí are continuing their investigations and an incident room has been set up at Kilkenny Garda Station. They are appealing to anyone present in the Love Lane area of town on Saturday between 5pm and 7pm to contact them.

Jamie's mother Sandra has posted on social networking site, Facebook to thank people for their kindness and ask them to pray for her son.

"Jamie has stopped at the crossroad he doesn't know if he is to turn back to us or going to his brother. Only way I can explain to you all so please pray that he turns back to us thank you all

This is not the first time the family have been hit by tragedy. In 1998 Jamie's older brother John and his cousin Paul were killed when their car hit a tree in foggy conditions on the Portlaoise to Abbeyleix Road. Jamie's sister, Amanda was seriously injured in the collision.

Three men (two aged in their 30s and one 40s) were arrested in connection to the stabbing of the 22-year-old. They were subsequently released without charge and a file will be prepared for the Director of Public Prosecutions.

One of the men arrested is understood to be a suspect in the cold-case murder of Gerry Nolan.  Mr. Nolan died following a fire at his home on July 24, 2006. The matter was fully investigated and five people were arrested. No charges were preferred.

The case was reviewed in 2014 and a murder investigation was launched. Last November two men, aged 27 and 30, and originally from Kilkenny were arrrested in relation to the murder. They were subsequently released without charge.

Gardaí are also appealing to members of the public, particularly to those living in the Castlecomer area, for any information that they might have that might assist into the circumstances that surrounded Gerry Nolan’s death.

Anyone with information is asked to contact Kilkenny Garda Station on 056-7775000, The Garda Confidential Telephone Line 1800 666 111 or any Garda Station.

A garda spokesman confirmed that Jamie Hennessy is in no way connected to the investigation into the murder of Gerry Nolan.