Spending on providing emergency shelter has increased by 50% 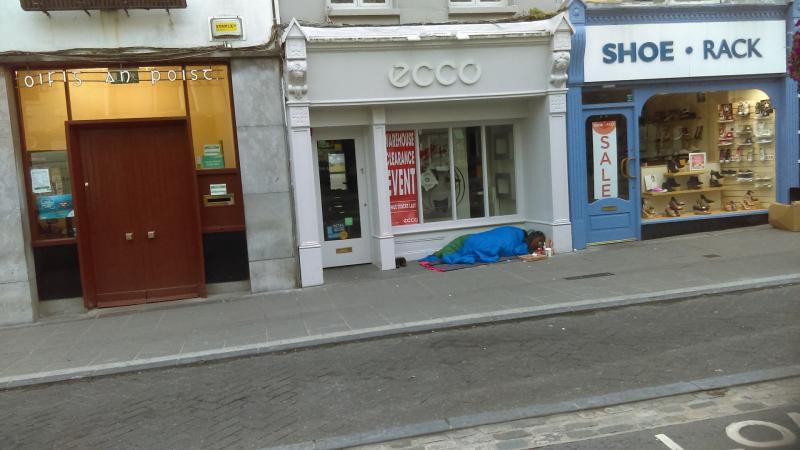 One person on average presented as homeless every day in Kilkenny in the last two and half years with the total amount spent on providing emergency shelter last year rising to almost €750,000.

Meanwhile to date this year the council has spent €480,000 but says it is important to note that the costs include Emergency Accommodation, Outreach Supports and Tenancy Support Services.

They also include emergency accommodation in facilities such as the Good Shepherd Centre, Bed & Breakfasts and hotels.

The funds paid out by the council in providing this service largely go to agencies such as Focus Ireland, The Good Shepherd, local Bed and Breakfasts and local hotels.

Councillor Malcolm Noonan says there needs to be collective action to tackle homelessness.

He said: “The news that one person per day on average is presenting as homeless in Kilkenny highlights the urgency of collective action on the issue.

“It’s now time to test Compulsory Purchase Order (CPO) powers to secure dwellings and land at a reasonable market value to present houses for local authority or cooperative housing associations and to commence a significant scheme of local authority housing in KIlkenny City.”

The total amount of people who presented as homeless in 2015 stood at 401 but for last year this had dropped to 345 and up until August of this year some 208 people had presented.

Cllr Noonan said that while the downward trend is to be welcomed, much more needs to be done, but “more importantly we need to think differently on how we collectively and comprehensively address the crisis”.

He attested the downward trend partially to the hard work of many agencies led by Kilkenny County Council’s housing section and Homeless Action Team (HAT).

“The main driving forces behind the current crisis are lack of supply coupled with rising rents and Government ineptitude when it comes to regulating the rental market.

“All of this goes on while we waste huge resources on emergency accommodation, where children are doing their homework in refuges and hotels.

“It is a national scandal that should have been foreseen and could have been prevented but for poor political governance and long term planning,” he added.

A total of 954 people presented as homeless over the 958 days to the middle of August of this year.

The council says it should be noted that people presenting as homeless is “not necessarily a direct indication that they are homeless”.

Many homeless presentations “relate to persons who are not homeless but potentially homeless, have been served with Notices to Quit, have been evicted or removed from their existing source of accommodation etc”.

There were almost 8,000 people recorded nationally as homeless in June of 2017, with over 120 more adults in emergency accommodation compared to the previous month.