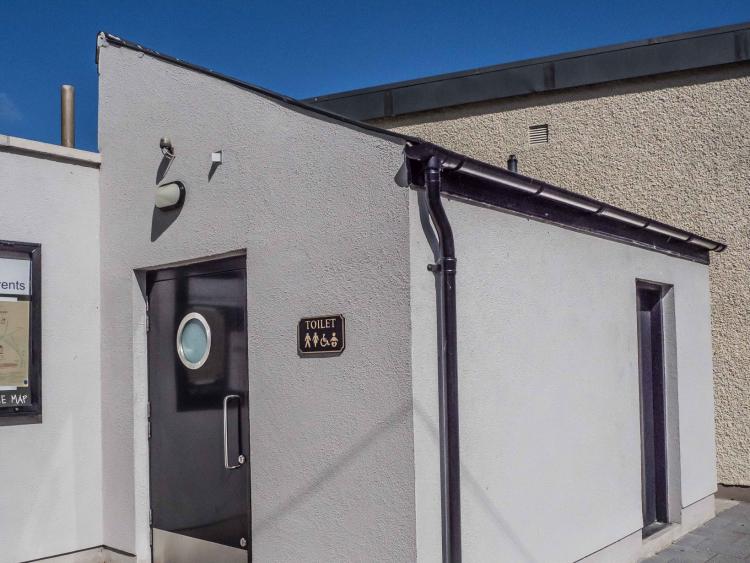 The public toilet in Thomastown

The public toilets in Thomastown would take around 190 years to be paid for by the 20c people pay to use the facilities after it cost €80,000 last year to build and install the service.

Figures obtained through a Freedom of Information request by this paper revealed that Kilkenny’s local authority spent over €50,000 on the operating and maintenance of its five public toilets last year with revenues generated from people “spending a penny” only amounting to €4,900.

Kilkenny County Council says there are five public toilets across the county in Johnstown, Inistioge, Callan, Thomastown and Kilkenny City.

The Kilkenny People asked for a breakdown of the operating, maintenance costs and revenues generated from members of the public using the facilities.

The only charge for the use of the toilets is in the Thomastown area and Kilkenny City where the charge is 20c in both.

The revenue generated from the toilets in the south Kilkenny town were €421 for 2016 with total costs coming to almost €24,000 – including its construction in the same year.

In Callan meanwhile, where use of the service is free, the operating and maintenance costs last year came to over €10,000.

The Inistioge public toilets costs came to over €5,000 for energy, wages and materials while in Johnstown, the service bill came to €8,400 – which included €2,749 for rates.

The costs include: rates, energy, wages, materials and in some cases constructions expenses. The council was also asked for a breakdown of the cost of installing a public toilet in Kilkenny.

They said: “The cost of providing a public toilet in a town would differ greatly depending on a number of factors – area, size, specification etc.

“The most recent public toilet provided is in Thomastown which cost in the region of €80,000.”

The public toilets in Kilkenny City are on The Parade and it “is operated by a company and Kilkenny County Council pay for this”.

The expenditure last year was €24,970 for an income of €4,519. Thomastown Councillor, Breda Gardner, says public toilets are an “essential requirement”.

She said: “We are delighted to have it up and being used regularly in our town. Every town needs a public toilet. It is an essential requirement for the public and tourists to use. Not everyone likes going into pubs and restaurants to use their facilities.

"Some businesses may even state it’s for customer use only, but businesses in Thomastown are very friendly. We pay our property tax to have services like this in our community."