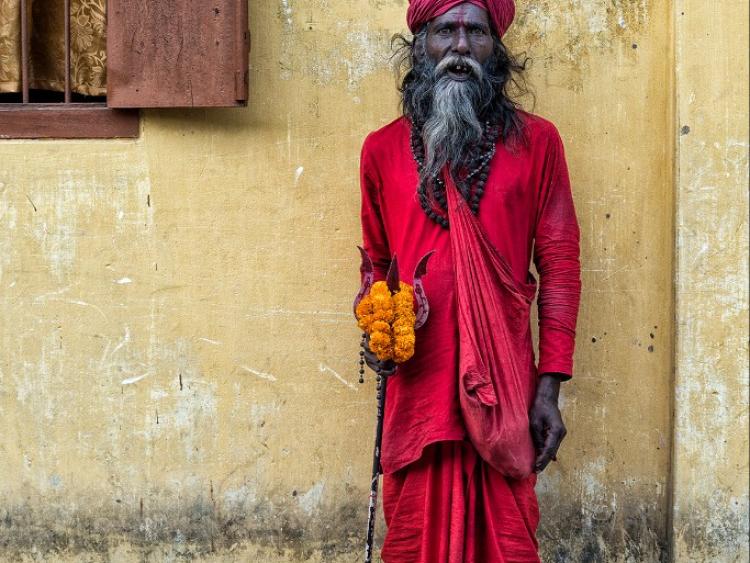 A photo taken earlier this year by Rue Ahmed, well known in Kilkenny photographic circles has won a major award.
His portrait shot of a Hindu Holy man in North East Bangladesh won him the Topflight Travel Photographer of the Year 2017.
The prize includes a Luxury Escorted Tour Holiday for two to Madeira for seven nights with flights from Dublin, airport transfers, seven nights in Topflight's flagship 5 star Melia Madeira hotel with breakfasts and three carefully selected excursions. Rue also took home a wonderful Canon EOS M6 M15-45 Camera, a Canon book on photography and a Canon training course.
Topflight said the photo brought to life the magical and inspirational aspects of travel from as well as the unforgettable moments, fascinating cultures and the little bursts of happiness and excitement experienced.
“It captured the true essence of what it means to escape our day-to-day lives and explore unfamiliar lands and places,” a Topflight statement said.
Second place in the competition went to Adrian Megahey from Galway. Adrian’s photograph was taken in Yosemite Valley and features the Milky Way curves over Half Dome. Third place went to Paul Brady from Kildare with a photograph taken in Dublin of a sight familiar to many, Bull Island bridge looking back towards Clontarf.