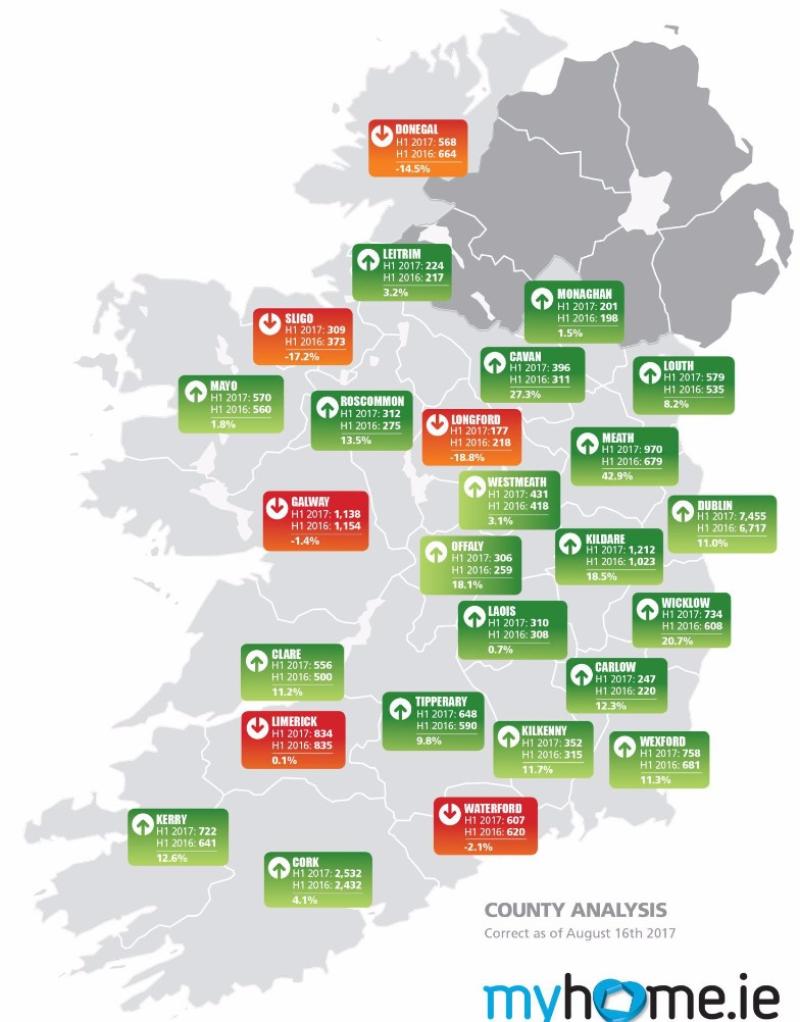 Kilkenny and its surrounding counties

An analysis of the Property Price Register for the first half of this year also shows the number of sales went from 315 in 2016 to 352 for this year – an increase of over 11%.

Nationally house sales are up 8.4% while the value of transactions is up 15% and it is up in all counties except Clare and Donegal.

The number of sales nationally has increased by 8.4% in the first half of 2017, compared to the same period last year.

The study, which was carried out by leading property website, MyHome.ie, shows that there were 23,148 sales nationally in the first half of the year.

The value of those transactions also increased significantly, rising from €5.1bn to €5.8bn, an increase of 15%.

While sales figures rose in twenty counties and fell in six the amount of money spent on property in each county was up in all with the exception of Clare and Donegal where the amount spent fell back by 19% and 7% respectively.

While the falls in the number of sales in Galway, Limerick and Waterford were low or even marginal, there were sizable falls in Longford (19%), Sligo (17.2%) and Donegal (14.5%).

Unsurprisingly, it was Dublin that led the way in the first six months of the year with 7,455  sales – an increase of 11% on the 6,717 sales recorded for the same period last year.

Angela Keegan, Managing Director of MyHome.ie, said the overall increase in sales was a move in the right direction for property market. She said: “In 2016 there were over 48,000 house sales and we think that if current trends continue we should comfortably exceed 50,000 sales this year."