From the Marble City to the Serengeti

Into the wild: Kilkenny man is surrounded by everything from elephants to lions as he goes about his work in African hotel 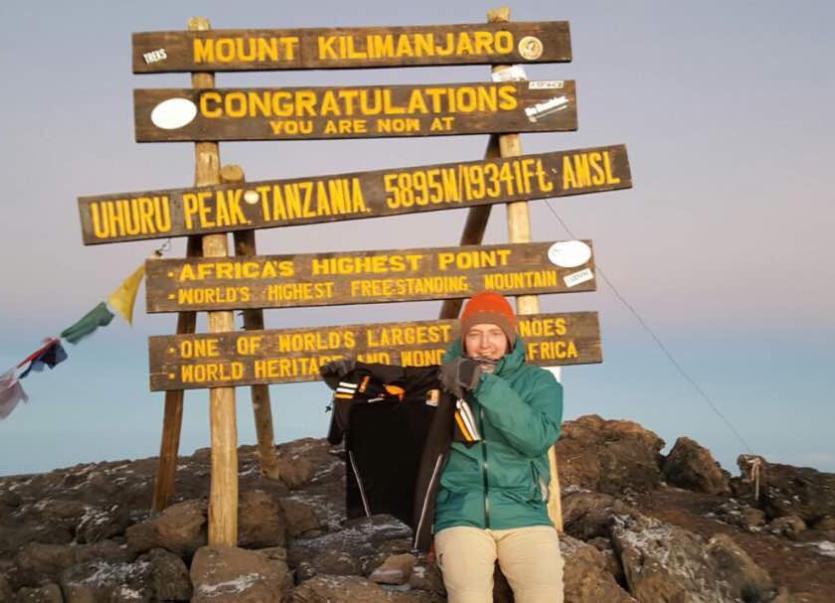 Martin Cody with his Kilkenny colours at the top of Kilimanjaro

Martin Cody was born and raised in Kilkenny but his role as General Manager of the Four Seasons Safari Lodge in the Serengeti National Park, Tanzania in eastern Africa is a world away from the Marble City.

Martin, 38, is the youngest of four brothers with his parents, Martin and Noreen, still living on the Callan Road.

The Kilkenny native says while he does miss his family, he is “not pining for home”. Martin says he enjoys his work and travelling the world. He spends his days surrounded by the “big five” in the animal world which includes: elephants, lions, leopards, buffaloes and rhinos.

Speaking to the Kilkenny People, he said: “Tanzania is a very nice part of the world, it’s not for everybody. The nearest town is an eight-hour drive away.

“There are lots of lions, leopards, rhinos, elephants and giraffes. The hotel is right in the middle of the national park.”

The attractions vary at different times of the year and many of the guests travel to the hotel to see the migration of two and a half million wildebeests from one end of the national park to the other.

While it might sound like Martin is living the dream, he works incredibly long days in a demanding hotel business.

On its website the hotel boasts a facility “deep within Africa’s first game reserve...the Safari Lodge welcomes you to a sanctuary of Four Seasons comfort”.

Martin said: “Morning time I spend meeting guests then we’d have a daily hotel meeting about guests, their needs and then maybe an office catch-up.

“It’s hard work as anyone who works in hotels will know, I’d work a minimum of a 12-hour day and on busy days you’ll do more. The hotel is busy, this is our busiest year since we opened.”

Guests can “get up close and intimate with lions, leopards and elephants, yet always feel safe and pampered”.

Martin travelled to London in 2001 when he began working for the Four Seasons and he says the average length of service in the company before people become a General Manager is 18 years.

He came into the hotel chain at entry level because as Martin says himself, the company prefers to teach people themselves and if you’re prepared to transfer to different locations there are “always opportunities”.

Martin worked in London for four years with the Four Seasons and decided to travel again – this time for the hotel company – and ended up working in the Maldives and Hawaii among other places.

He spent two years in the Maldives, as front office manager, along with two years in Hawaii overseeing the rooms division.

In 2010 he returned to Asia, spending six months in Langkawi near Malaysia before returning to the Maldives for four more years as director of rooms and resort manager.

From there he moved to his current location in Tanzania.

On his time in Hawaii, Martin said: “It was very nice, an idyllic, beach paradise location.”

He says Tanzania is a little different and when asked if the language and culture is difficult to come to terms with, he said: “It can be. You pick-up the basics of the language (Swahili) while the hotel and front of house operates through English.”

Martin has worked in most continents: Europe, America, Asia and Africa over the last 16 years.

He has very much caught the travelling bug since he left for London 16 years ago and from the sounds of it, he won’t be stopping anytime soon.

The Four Seasons brand took over the Safari Lodge in December 2012 and Martin says they will celebrate their fifth anniversary at the end of this year.

There are up to 300 staff at the hotel all of whom live on site. Martin says the hotel produces its own water by boreholing down for it and they have their own generators too for electricity.

Facilities at the hotel include a gym, TV lounge, bar and games room for employees to enjoy during their down time. Martin has climbed Kilimanjaro twice in the last two years – even taking a Kilkenny t-shirt to the top.

The mountain in Tanzania is the highest peak on the African continent at 5,895 metres.

Martin also enjoys travelling the world and seeing other parts of Africa too. He says he gets home to Kilkenny once or twice a year and was last home at the end of April.

He added: “I miss family. I miss going out to matches but I don’t sit here pining to go back. If I was, then I’d go but I’m enjoying travelling too much.”