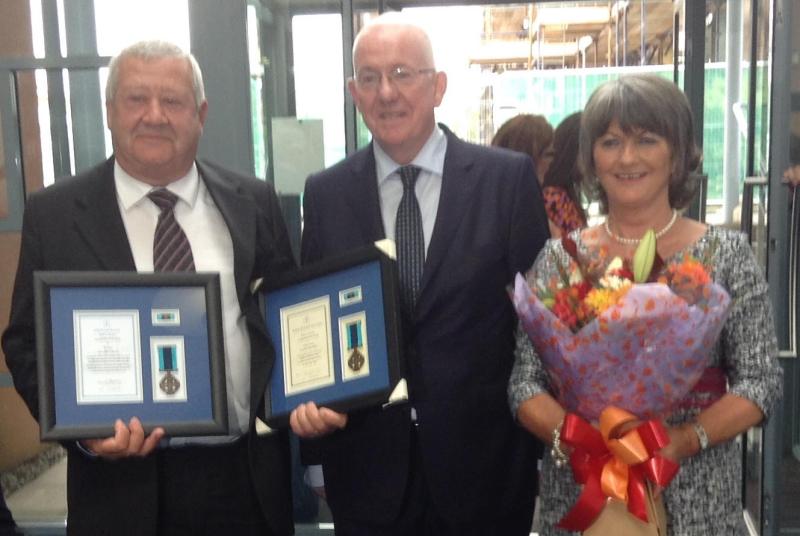 Tom Dunne (left) with his wife Elizabeth (right) and the Minister for Justice, Charlie Flanagan

A Kilkenny prison officer has been honoured for his heroic efforts in two incidents in the line of duty and received two distinguished service medals.

Pictured is Tom Dunne (left), originally from Cuffesgrange, with his wife Elizabeth ( right) and the Minister for Justice, Charlie Flanagan, at the awards ceremony recently.

Tom received one medal for responding to a serious disturbance involving an in-cell fire.

The second medal was presented to him in recognition of his action and vigilance which prevented an attempted armed escape while on escort duty to the Four Courts in Dublin in July 1998.

The exemplary manner in which assistance chief officer, Tom, worked to bring both situations under control, thus preventing possible injury to others, was acknowledged at the ceremony.