Work is continuing on the former brewery site 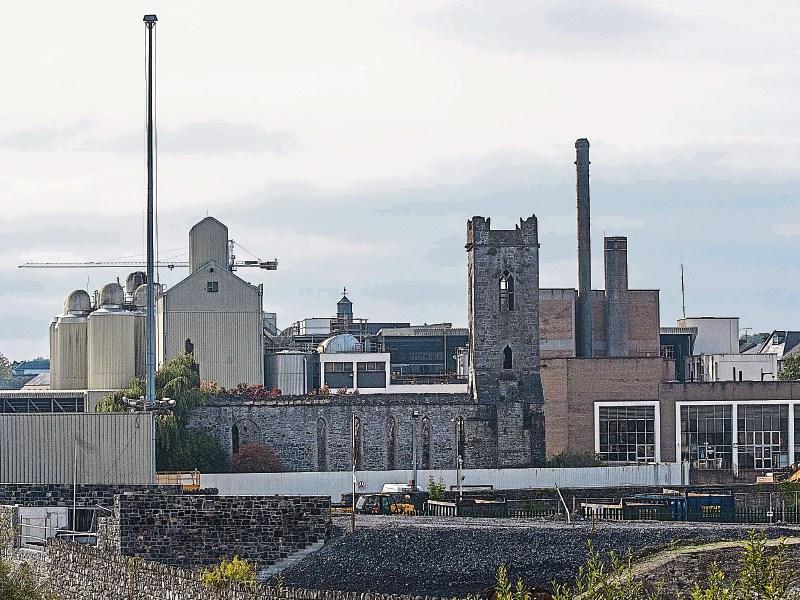 A branding specialist has been appointed to help market the new Kilkenny Abbey Quarter Development on the former St Francis' Abbey brewery site.

Local councillors received a general update on the site from senior engineer Tony Lauhoff and the CEO of the Kilkenny Abbey Quarter Development, Kevin McCormack, at a recent council meeting.

Mr McCormack confirmed that a branding specialist has been appointed, and showed the members a number of potential branding ideas. Hoardings and signage, along with a website, will be put together in coming weeks and months.

Mr McCormack said that he felt there was a good level of interest in the site given construction hasn’t started yet. He noted that PACE was interested in the brewhouse building, and revealed that a joint venture was looking at the Mayfair building as a possible design and craft hub.  He said it would be possible to bring people in and show them around the site once the tasting room was open.

Meanwhile, Mr Lauhoff informed the members that a need was identified for a number of changes to the brewhouse building during the detailed design process. This is being looked at in the context of planning consents. Chief executive of Kilkenny County Council Colette Byrne has also said the council may have to provide a temporary set-up for PACE if the brewhouse is not ready in time.

On the Mayfair building, a conservation team is now on board. Vegetation has been removed from the structure, and the 'adhoc' extensions have been demolished.

The work has exposed the city walls, and the council is liaising with the National Monuments Service. A design team is working on the detailed design of the building.

On the linear garden project, poplar trees have been removed and archaological test excavations have taken place. The tender process for a works contractor is now under way.

The council says there is a requirement to allocate funding toward the realisation of those public realm projects in 2018. A conservation plan can’t be prepared for St Francis’ Abbey itself until test excavations are complete.

“So, we are working with the National Monuments Service to follow best practice,” Mr Lauhoff said.

"The options are limited, and there won't be one single solution to the issue of parking," he said.