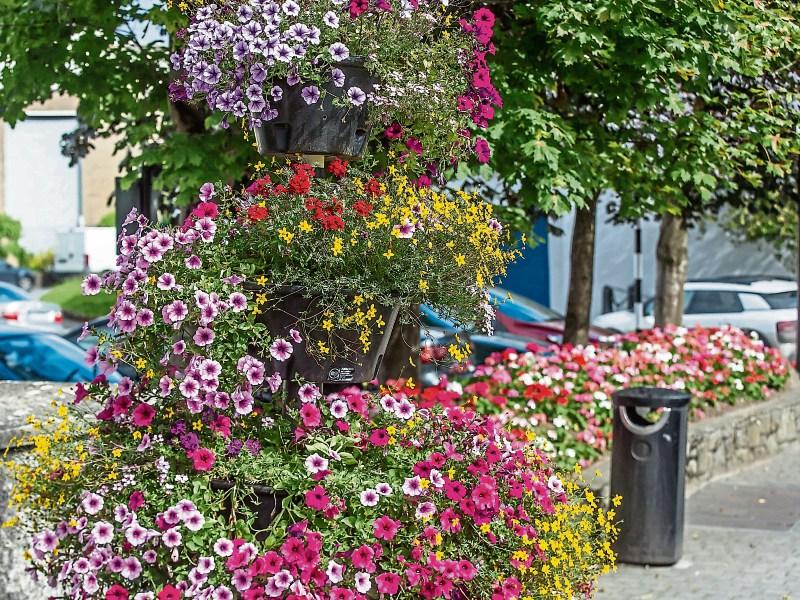 There is no doubt that the standard of the competition goes up every single year, and for a large urban area like Kilkenny to be continually among the pacesetters says a lot. To put it in perspective, the population of Birdhill is 45 ( up to 300 with the catchment area).

Chairman of Keep Kilkenny Beautiful (KKB) Peter Bluett said the results were ‘excellent’ for the city. The efforts of KKB, local businesses, community groups, young people and the local authority are acknowledged by adjudicators as instrumental in Kilkenny’s continued success.

Kilkenny managed to improve its score by a point in the ‘Community Involvement & Planning’ category.

“Kilkenny is at the top level in this competition – congratulations on your achievements to date,” says the judges’ report.

“ The city centre was buzzing with happy tourists – we note that this is a crucial industry for you.”

The city managed to maintain its score in the ’Built Environment and Streetscape’ category, with adjudicators complimenting recent paintjobs for some of the businesses, as well as traditional shopfronts.

There was an increase of one point on last year in the ‘Landscaping and Open Spaces’ section, where landscaping and pollinator-friendly planting on approach roads were praised. Judges also described the planting of spring bulbs and native trees as a delight, and flowerbeds at various locations, including at St Canice’s place, Bateman’s Quay, the entrance to the tennis club, and Black Abbey Square.

In the ‘Wildlife, Habitats and Natural Amenities’ category, tThe adjudicator says that Kilkenny is ‘leading the way’. Work at Rothe House and on the River Breagagh was noted, while efforts to counter invasive species such as Himalyan Balsam and Japanese Knotweed were also lauded.

Judges noted ‘an impressive number of new initiatives’ under the heading ‘Sustainable Waste and Resource Management’. There was praise for the practise of community gardening, while things like re-use initiatives, the Men’s Shed, and the repair directory also found favour with judges.

Tidiness and Litter Control was another area where Kilkenny scored highly. Adjudicators said they were ‘pleasantly surprised’ by the cleanliness of the busy city. Noting the challenges of a large urban environment, they found the streets virtually litter free, and lauded the efforts of local groups in their litter picks, with strong support from the council.

In ‘Residential Streets & Housing Areas’ the city’s housing estates and areas were found to be well maintained.

There was great praise meanwhile for the ring road — described by judges as ‘clean, welcoming and beautiful’, while the new St Francis Bridge also found favour — ‘fantastic addition to the city’s infrastructure’.

There were also plaudits for those involved in the creation of the mini orchard at Springhill, while street name signs and visitor information panels were commended.

In conclusion, the adjudicator noted the sense of civic pride in the city.

“Residents of Kilkenny are obviously proud of where they live and the reasons why are obvious,” they said.

“This excellent standard isn’t achieved without many people working hard behind the scenes.”

Full details of all this year’s winners are available at www.tidytowns.ie and at www.supervalu.ie