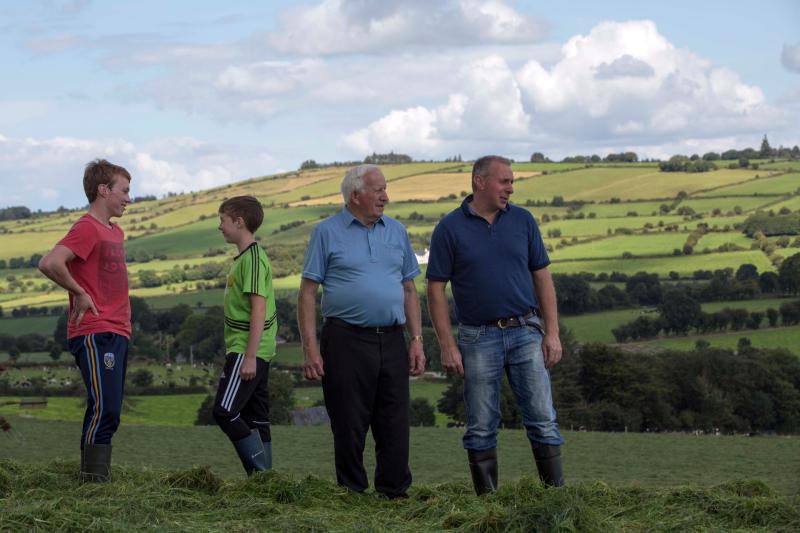 Three generations of the Doyle family - David and Evan, grandfather Eamon and his son Gerard on their farm at Owning Hill, Piltown. The Doyles won the innovation award in the National Milk Awards

A south Kilkenny farmer has won the Innovation Award at the National Quality Milk Awards.

Gerard Doyle and family of  Curragh, Owning, Piltown was nominated for the award by  Glanbia Ingredients Ireland.

Gerard and his wife Kathleen are third generation farmers on their land near Owning. Gerard took over the farm from his parents Eamonn and Margaret who live beside them and are still very involved in the farm.

Eamonn still fondly remembers a time when they milked each cow by hand on stools. Gerard and Kathleen have three children, David, Niamh and Evan and a beautiful dog Cassie that joins in on the odd game of hurling. Gerard’s work ethic, routine and knowledge of the herd are major contributors to his success.

Gerard said quality doesn’t come easy. “it’s something you work on every day. Producing a quality product in an efficient and sustainable way is my main aim,” he said.