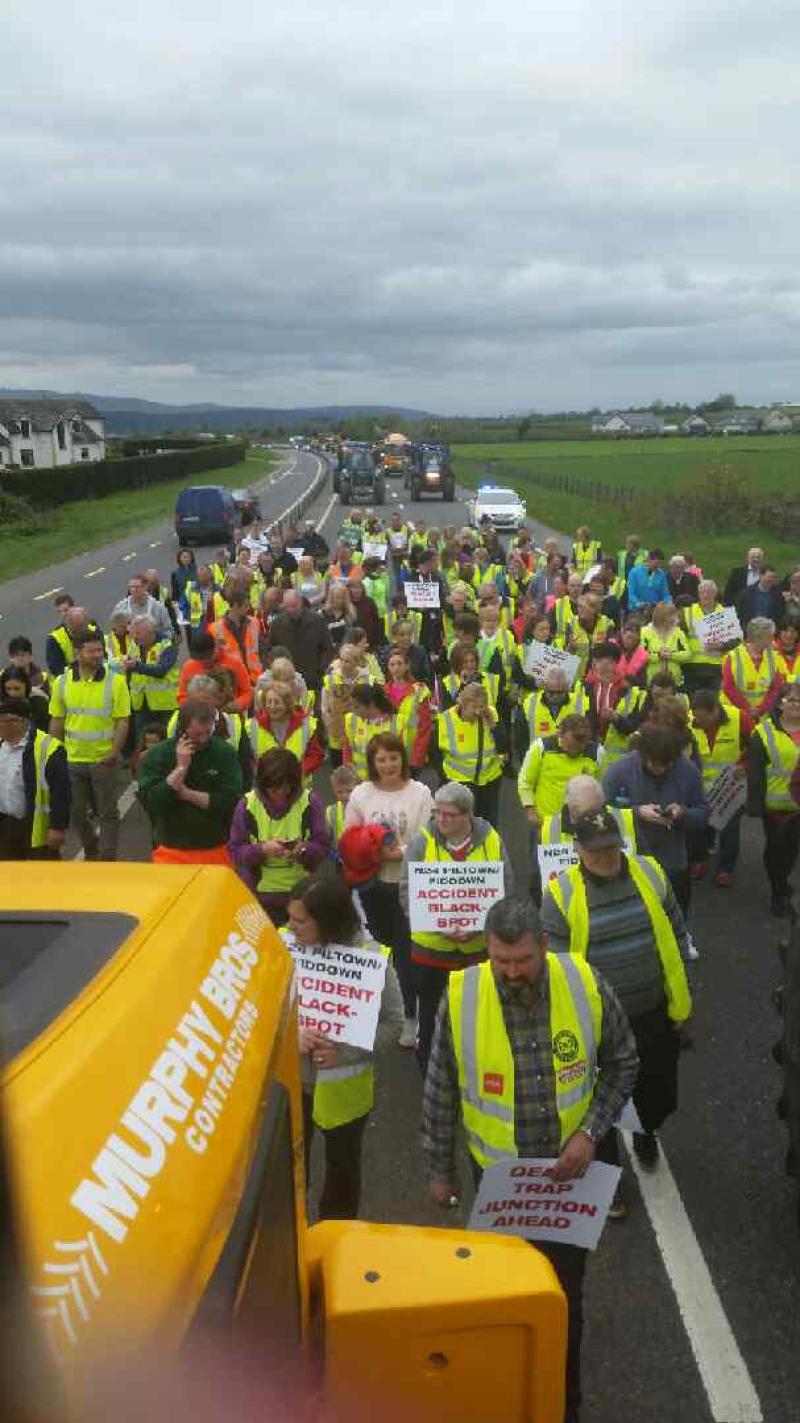 The Piltown bypass scheme will be upgraded in up to “two and a half years from now”, according to the chief executive of Transport Infrastructure Ireland.

The upgrade will involve building an overhead bridge and having a means of driving onto the road system, as with motorways.

Last month the Kilkenny People reported that Kilkenny County Council received approval to appoint a consultant to design a new overpass bridge at a stretch of the N24 Piltown bypass where a number of people have lost their lives in recent years.

Locals fought a hard campaign to get the road upgrade on the bypass.

Speaking before the Public Accounts Committee recently, chief executive of TII, Michael Nolan, said there are interim safety measures being funded at the moment which are ongoing.

Local Fianna Fáil TD, Bobby Aylward, raised the Ink Bottle and Tower Road junctions and Mr Nolan said: “There will be a grade separation at Tower Road and a roundabout linking the link road into the village and the main road junction. There will be a two plus two scheme over that 1.3 km section.

Basically, we are grade separating and moving that conflict of traffic coming out of that junction. That scheme has a decent benefits to costs ratio.

Subject to getting planning consent through the Part 8 process with the local authority and acquiring the lands from three or four landowners...we could be in a position to open that scheme in late 2019 or early 2020 if we had the funding for it.

The Council will have the consultants on board by December and we should be able to get the Part 8 approval next year.”

Deputy Aylward asked: “Could Mr Nolan clarify whether he is talking about closing the two junctions, building an overhead bridge and having a means of driving onto the road system, as with motorways?”

Mr Nolan responded: “Exactly, a left-in, left-out. There would be grade separation. It is a standard junction arrangement but it will also tidy up the conflict with the Ink Bottle junction further down the road, and the junction directly at the village. I would say it will take the best part of all next year to get the design and Part 8 through the local authority.

“As the contract period for a scheme of that scale is 12 to 15 months, subject to a positive outcome regarding Part 8, planning approval, getting land, design and procurement, one is looking at two to two and a half years from now.”