Congratulations to the students 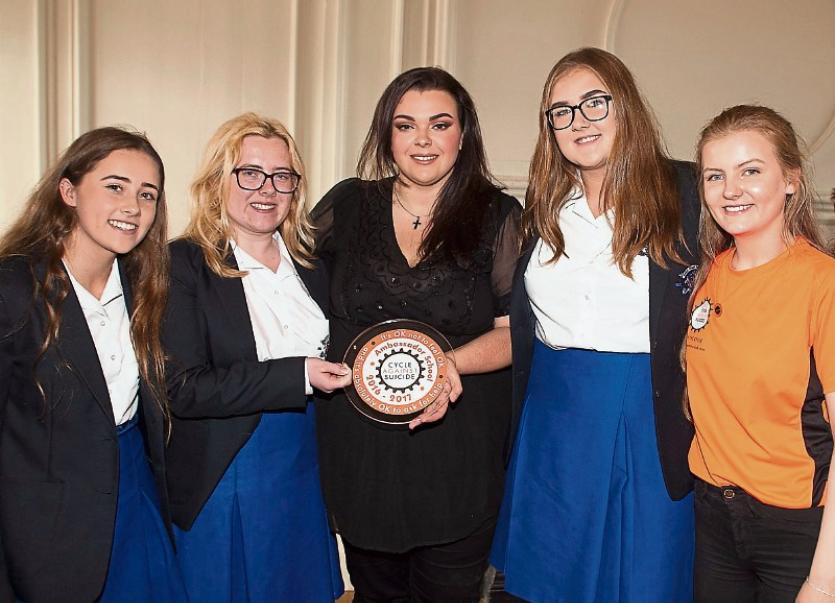 Loreto Kilkenny once again received an Ambassador award for the work carried out in the fight against suicide during the academic year 2016-2017.

At the reception held in Dublin the girls who accepted the award on behalf of the school were Emma Murphy (sixth year), Alisha Shannon and Lucy Hickey (both fifth year). Anna Phelan (sixth year) has been selected to as a national student ambassador of CAS for the coming year.

The link teacher is Ms Kay Phelan. Well done to all involved and good luck to Anna and to the new group of fifth year students who have volunteered to continue to promote the CAS message in the school this coming year.