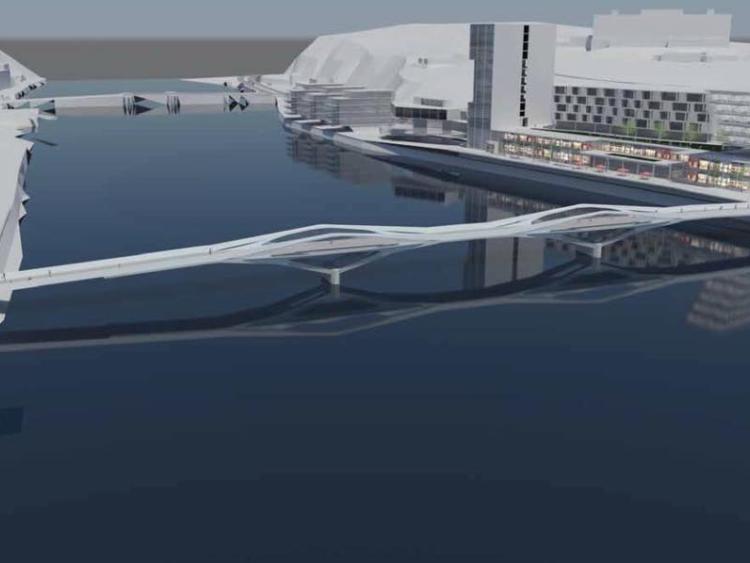 A sketch of the pedestrian bridge

A local councillor has queried a “futuristic” multi-million euro development on the Kilkenny/Waterford border with the Ferrybank Centre lying almost entirely vacant.

Members of Piltown Municipal District were given a presentation on the North Quays Strategic Development Zone which would be built on the Ferrybank side of the River Suir in Waterford City.

Project manager of the North Quays SDZ, Paul Daly, said the plans include a multi-modal transport hub. The development would also boast a retail outlet, a hotel, apartments and a pedestrian access bridge across the river.

She highlighted the building’s vacancies and said the development had “more activity downstairs with painting and the rest and nothing happening upstairs”.

Mr Daly said the “area will develop overtime as the population starts to grow”. Cllr Doherty went on to welcome the development and the “futuristic feel to it”.

He told members that the sequence is “jobs followed by houses and then retail and the city is short about 50,000 sq/m of retail”.