Willoughby Jeweller's books given to archives 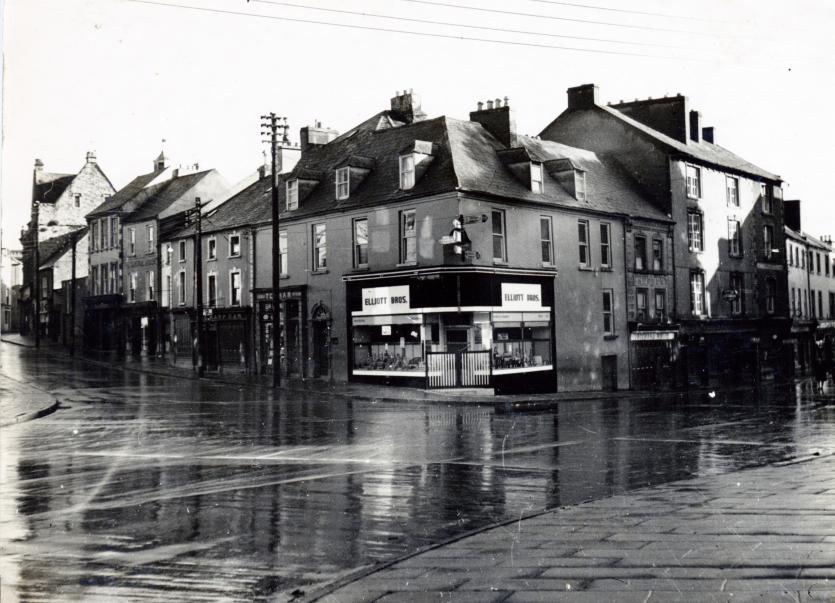 This was Elliott's which was opposite Willoughboy's - where Ladbrokes is now.

Willoughby’s was a long established jewellery and clock business many years ago on the corner of High Street and what is now Ormonde Street.

It was once a familiar and well-known Kilkenny City spot for link-ups “at Willoughby’s Clock” which had a similar role to the more famous “Cleary’s Clock” of O’ Connell Street in Dublin.

The business ceased sometime in the late 1970s. Now a collection, which runs to over 40 ledgers and account books from the iconic jewellers, has been gifted to Kilkenny Archives through the offices of Fonsie Mealy, Fine Art and Rare Book Auctioneer Specialists, Chatsworth Street, Castlecomer.

To look through some of the client or customer indexes is to “go back in time”. The name itself does survive above the door of the premises which now operates as a coffee-shop.

It was directly opposite Elliot’s Shop which was on the corner of High Street and Rose Inn Street.

The extent of the detail which these ledgers contain may be seen from many of the families who had accounts with Willoughby’s.

One of the ledgers from 1881 reveals that on April 20 a set of black studs were repaired at a cost of 1/9. On May 7, a musical clock was similarly treated which cost 12/6.

Many of the subsequent repairs carried out by Willoughby’s related to silver ware from the then famous Ormonde Gold and Silver Collection which after the death of Arthur, Lord Ormonde in 1971 - he sold the Castle for a nominal £50 to a local restoration committee - fell to the English exchequer in lieu of taxation, and was subsequently allotted to seven or eight museums throughout Britain and Northern Ireland.

Other entries in the ledgers reveal that on November 14 a “new” silver screw was fitted to the lid of a coffee pot which cost 2/6.

Meanwhile on November 21 a crescent necklet was repaired which cost one whole shilling (1/-). This collection is full of interest throwing light on a small part of the business life of Kilkenny from the long ago.

Kilkenny Archives says it is indebted to Fonsie Mealy Auctioneers, for gifting this notable collection to them.